One can be forgiven for thinking that we are vegetarian. The fact of the matter is that we usually do eat vegetarian. This isn’t because of some moral stance on not eating animals (though I respect those with that moral stance). Instead, it is because we keep Kosher in the house and the price of Kosher meat is exorbitant. So instead of paying an arm and a leg (and trotting out the meat pots, meat dishes and meat silverware), we buy soy products instead.

Just before Rosh Hashana, however, I got the call to pick up a package from B’s grandmother. She had a big bag with challah, gefilte fish, grape juice and other items. On the bottom was a package of quartered chicken. Normally, I’d toss this into the freezer to deal with at a later time, but it was already thawing. So I put it in the fridge, consulted the sacred tomes (aka my recipe books), and came up with a plan.

First, I gathered the ingredients. 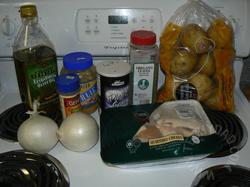 For those of you who don’t want to click to enlarge the image, that’s olive oil, pepper, 2 onions, minced garlic, salt, the aforementioned chicken, oregano and potatoes.

Next, I quartered 6 small spuds and placed them in my slowcooker. 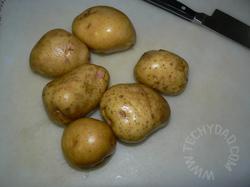 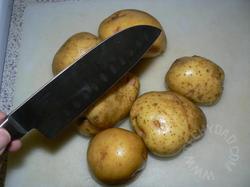 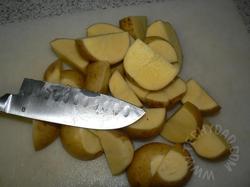 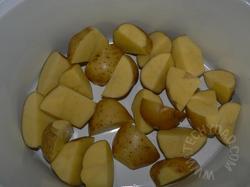 Then, being in a cutting mood, I quartered the onions and saved them for later. 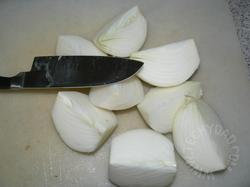 Next, I skinned the chicken and put it in the slow cooker over the potatoes. This took awhile and reminded me why I love working with cutlets that have already been de-skinned and de-boned. 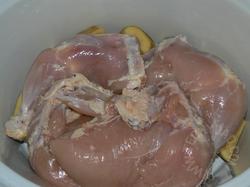 Remember those onions? (If not, get your memory checked.) Well, I tossed them in on top of the chicken. 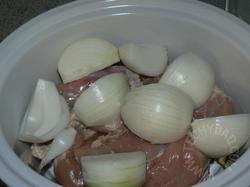 Then came the equivalent of 1 clove of minced garlic into the slowcooker. (Equivalent because I was using pre-minced garlic. Less mess and doesn’t spoil as quickly.) 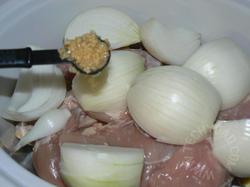 Now, I mixed a half cup of water with 3 teaspoons of oregano, 1 teaspoon of salt and half a teaspoon of pepper. Into the slowcooker it went. 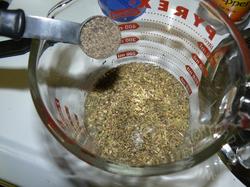 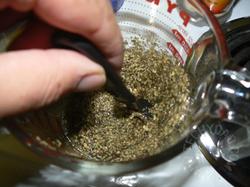 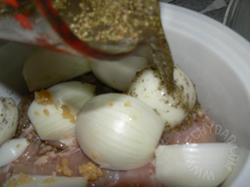 Finally, a tablespoon of olive oil was drizzled on top of it all. 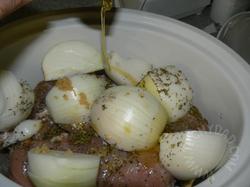 I placed the cover on, set the slowcooker to high and let it cook for about five and a half hours. 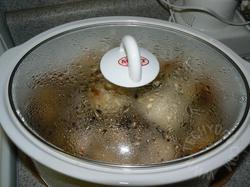 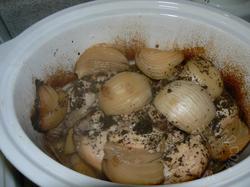 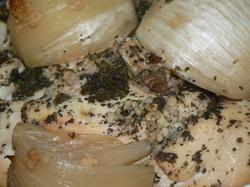 The best part? No need for side dishes. It forms a whole meal all by itself! 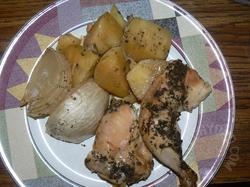