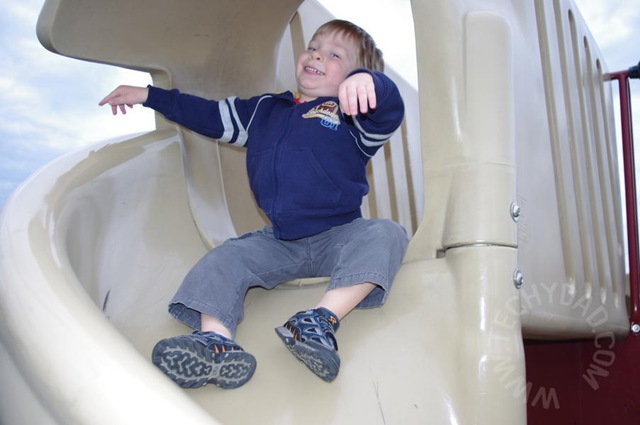 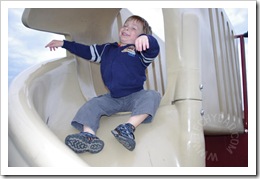 Today, you turn four years old.  It seems like only yesterday that B woke me up, the  Monday after Mother’s Day, telling me that you were on your way.  That day was filled with a lot of hurrying.  Aunt S & Mimi hurried to pick up your brother.  My parents (Bubbe and Grandpa) hurried to make the drive to see you.  Mommy’s parents (Nana and Papa), meanwhile, hurried to join us in the hospital.

Before we knew it, you were born and we all instantly fell in love with you.  Your brother came over, said hi to you and gave you a kiss like he had known you for years.  As you grew, you would always look up to him and would try to do the things that he, as a bigger kid, could do.  Sometimes you succeeded, sometimes you fell flat on your face.  But you kept trying to be just like your big brother. 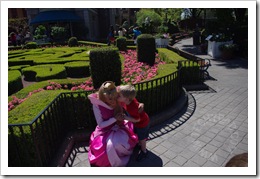 When we went to Disney World, it was fun to watch your reactions to the costumed characters go from horror to delight.  (Ok, the horror wasn’t so much fun, but the delight was.)  You would have probably been happy if Disney World consisted of only the Winnie the Pooh and Small World rides.  Add in all the rest, though, and you and your brother were in love.  We had created some Neurotic Disney Kids!

You’ve scared your mother and me many times with your many febrile seizures and falls.  We have seriously considered wrapping you in bubble wrap or hockey goalie padding/helmet more than once.  When you decide on which record of your brother’s to break next, please avoid ones such as “Most Ambulance Trips” or “Most Days In A Hospital” and look to ones like “Best Grades” or “Quickest Room Cleaning.” 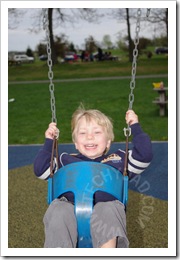 As you began talking, we found your speech to be very cute.  Unfortunately, those dropped sounds that began as cute became frustrating.  You knew what you were talking to us about and couldn’t understand why we were having trouble deciphering what you were saying.  Luckily, you are now getting speech therapy and we understand you much more often.  There’s still the odd moment where we just don’t get what you are saying, but since the problem has been identified we can calmly work out what you mean.

Every day as I go to work, you insist on hugging and kissing me goodbye (and then closing the door behind me).  I look forward to your “welcome home” hugs/kisses when I return.  You are always there to help me, Mommy, or anyone else.  You are, as you put it, “everybody’s helper.”  I also love tickling you because I just can’t get enough of your laughter.  (Fair warning: There will be plenty of birthday tickling.  In fact, I might just tickle you as I read you this.) 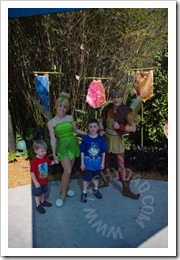 You love playing on the playground (especially the swings), puzzles, watching TV with me, Buzz Lightyear, Jake and the Neverland Pirates, superheroes, and macaroni and cheese.  Despite how some people might assign gender roles, you also love Tinkerbell.  When we went to Disney World for the 2011 Social Media Moms Celebration, I was the only dad on the line with two boys and no girls.  It didn’t matter, though, because my sons got to meet the famous fairy in person!

Though I don’t want you to grow up (you’ll always be my little boy no matter how big you get), I’m also excited to see all the new things you’ll learn in the coming year.  We all love you very much.  Happy birthday, JSL!