A Leaf Walking Trip With NHL 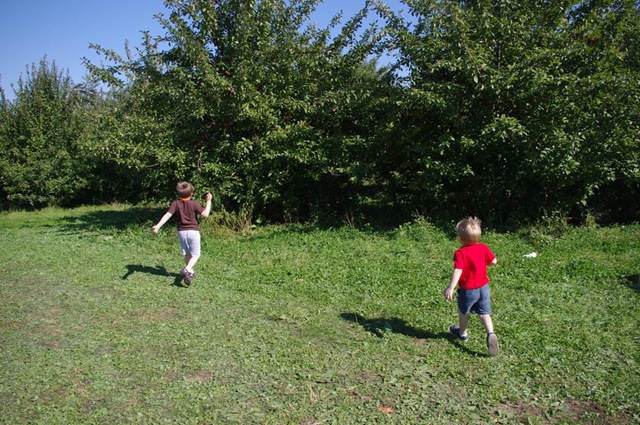 The day after Yom Kippur, we were deciding what to do with the boys.  NHL had off from Hebrew School, so this was a rare opportunity to do something fun the whole day.  We started it off by going apple picking.  Perhaps it was the Irene and Lee rains or perhaps it was the freakish 80 degree day (resulting in shorts instead of our usual apple picking pants), but we didn’t have as much fun.  The apples didn’t look as good and we got tired quicker.  After much complaining, we called it a day and headed out.  Of course, being hot and tired didn’t stop us from picking 39 pounds of apples.  Yes, THIRTY NINE POUNDS!  Much slow cooker apple sauce will be made. 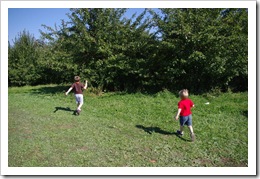 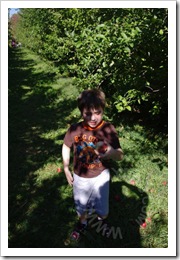 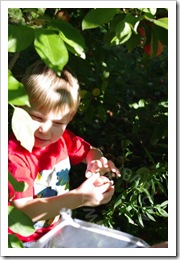 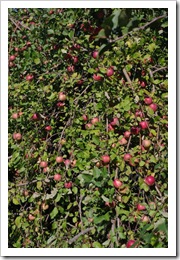 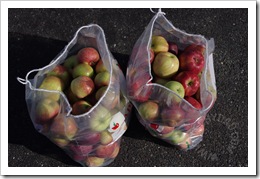 (As usual, click on the photos to enlarge them.)

After apple picking, the boys were tired and thirsty.  We considered going for ice cream, but every place was too crowded.  Besides, the apple orchard had affected B’s breathing.  (Which was already impacted from recovering from being sick.)  We needed a nice spot to relax for a few hours and B’s parents’ house got chosen.

After a short rest, NHL wanted to do something.  B and I considered it and we came up with going on a leaf-photography trip together.  First, we went home and dropped off the apples.  (This is when I weighed them too.)  I got NHL’s camera and off we went.

First stop was back to B’s parents’ house to drop off the car.  Then, we began walking.  As we walked, we talked and occasionally took photos of interesting things that we saw. 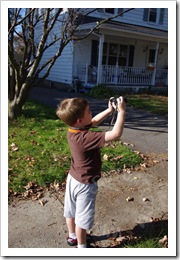 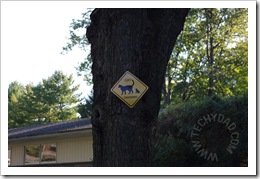 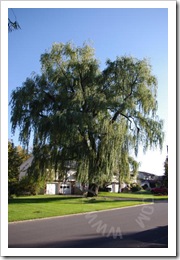 Despite the warm weather, there was no denying fall was in the air. 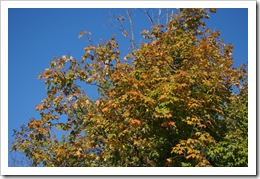 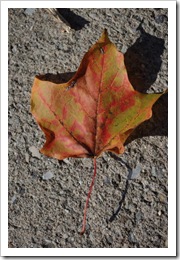 Eventually, we reached our destination: A local pond.  As I had guessed, the ducks were spending some time by the shore. 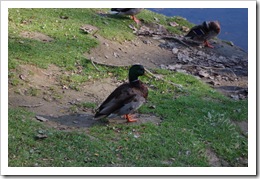 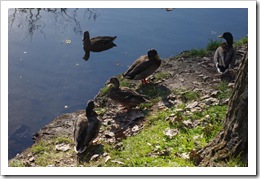 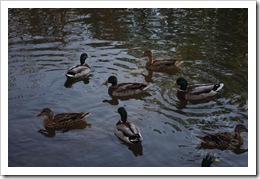 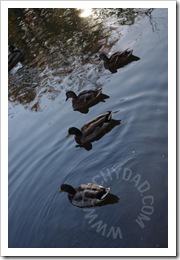 NHL spotted a small playground nearby and I let him play there for a bit.  Then, we went back to taking photos. 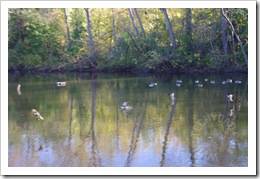 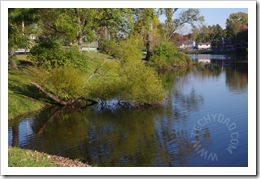 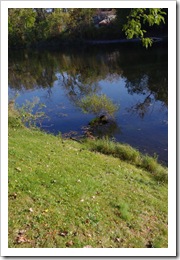 It was nice spending some quiet time bonding with NHL and he did me proud by spotting some nice shots.

Before long, though, a mistake I made prior to us leaving caught up with us.  I had forgotten to get NHL to go to the bathroom.  We had no car, there was no bathroom at the pond and we had a good 10 minute walk back to B’s parents’ house.  NHL held it in and didn’t complain much as we walked back.

Along the way, we spotted landmarks, like the stairs where we saw a chipmunk hop by as we had walked to the pond. 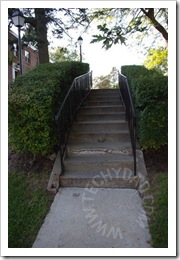 As we got closer, NHL was definitely slowing down more and getting a bit more cranky (as any tired, potty-emergency-stricken kid might be).  Still, he had moments when he’d ask me to take a photo.  Like of this tree that he thought looked like a monster. 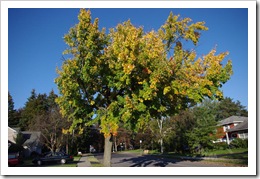 In the end, we made it back.  We had a great time, made some great memories, and have some great photos to boot.  I need to take more of these walking trips with NHL before the snow begins to fall.