The Impossible Task of Picking A Favorite Disney Theme Park 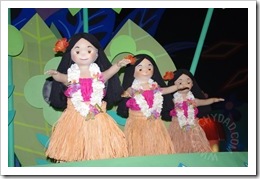 Leading up to the Disney Social Media Moms Celebration, I’ve been participating in the Countdown to Disney blog hop.  This week’s topic is: Your favorite theme park, or the one you’re looking forward to visiting the most if it’s your first time.  I have a problem with this, though.  I really don’t have a favorite theme park in Disney World.  I do, however, have favorite elements of each park. 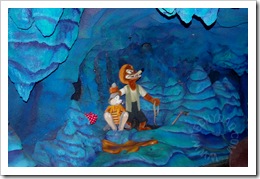 The Magic Kingdom, of course, is the quintessential Disney park.  It’s the one that most people think of when they think "Disney World."  When I go to the Magic Kingdom, I can’t wait to get on Splash Mountain (where I was crazy enough to take my camera to take photos during the wet ride), the Monsters Inc. Laugh Floor (where NHL got a joke of his told once), or Small World (yes, the song can be annoying, but it’s a classic). 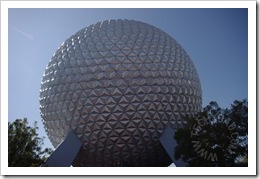 In Epcot, you have the World Showcase, with its amazing architecture and culinary treats.  Disney really goes all out in making it seem like you are visiting a mini-version of the foreign country.  Then, there’s Test Track, Soarin’, and Turtle Talk with Crush.  Of course, then there’s Spaceship Earth, which chronicles mankind’s communications breakthroughs over the past few thousand years.  (It’s also what people think of when they think "Epcot" and makes for wonderful photos.) 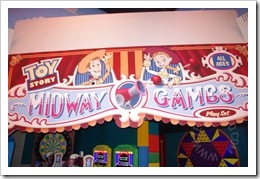 Over at Hollywood Studios, there’s the Muppet’s 3D movie, Star Tours, and, my personal favorite, Toy Story Mania.  Our Hollywood Studios routine is to get there before the park opens, hand our tickets to the fastest walker (they stop you from running) after passing through the gates, getting Fast Pass tickets immediately, and then getting on the normal line.  This way, we guarantee at least 2 quick trips through.

In addition, Hollywood Studios has the wonderful cupcakes at Starring Rolls.  At least, I’ve heard they were wonderful.  When we went there last time, we were too late and they had closed.  This is a mistake that *WILL* be rectified this year. 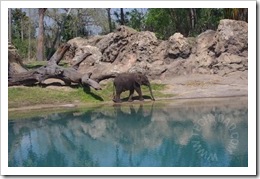 Finally, there’s Animal Kingdom.  Here you can find the Tree of Life, which contains tons of animals "carved" into a gigantic tree, Finding Nemo – The Musical, a Broadway-quality show that is not to be missed, and Kali River Rapids, which is fun but will leave you soaking wet for hours afterwards.  The highlight to me, though, is Kilimanjaro Safaris.  Disney went above and beyond to make an area that looks to all the world like an African habitat.  Fences that keep animals in their areas are cleverly hidden so it looks as though the lions could just decide to head on over to where you are driving by.  Plus, there are some areas where animals *CAN* come right up to you.  A few years ago, a giraffe came within 10 feet of us.

Asking me to choose my favorite park is just impossible to do.  There are so many great things at each park.  I really can’t decide which one I like more than the others.  Cop out answer?  Perhaps, but it is the truth.