The #DisneySMMoms Report: A Wild Time Trekking Through Africa, Part 2

I left my last Wild Africa Trek post on something of a cliffhanger.  Well, not a cliffhanger, but a "bridge hanger."  Yes, we were about to cross this bridge. 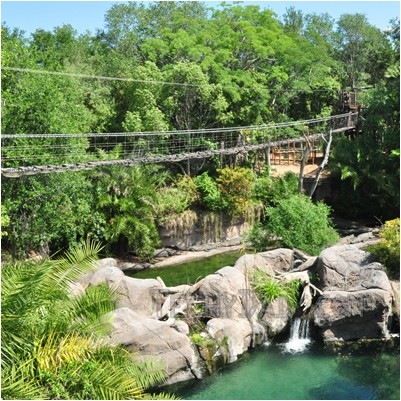 Our guides helpfully let us know that they had prepped the bridge for us by jumping on and knocking out any rotten planks.  So we shouldn’t be worried.

First, we climbed a tower and got a quick tutorial on what to do.  Then, as each of us had our turn, we were clipped into the safety line (remember the monkey tails from the last post?), and were given the go ahead.  Then, we carefully made our way along the bridge.

Whenever a safari vehicle passed beneath us, the bridge would rumble a bit.  Luckily, the ropes on the sides helped keep everyone steady.  We were encourage to take our time and take photos, and we all took advantage of the view. 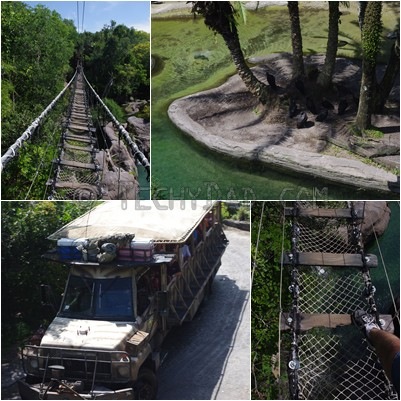 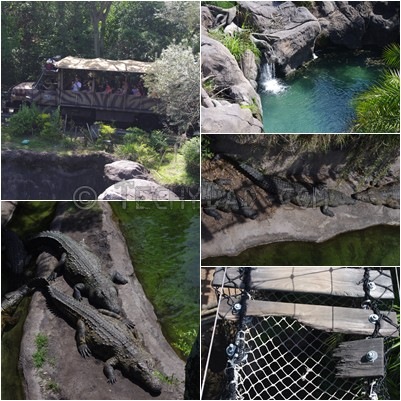 In addition to the photos we were taking, our guide was taking photos of us while we were crossing. 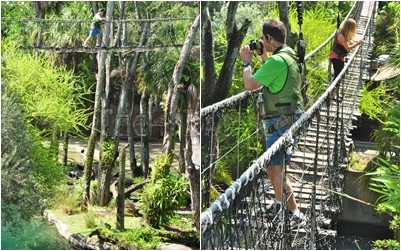 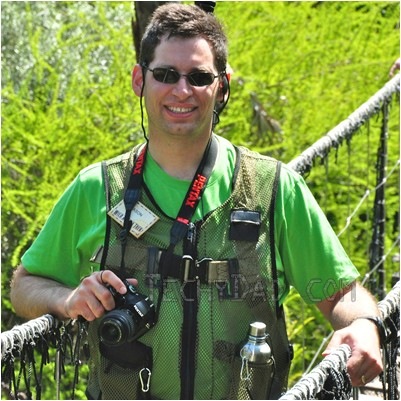 My crossing went smoothly except for one near-incident.  I was taking photos of the crocodiles below me and didn’t look where my foot was going.  As it went down, I realized there was no plank there.  I pulled my foot up and tried frantically to regain my balance.  Luckily, I was able to and continued on.  There would be no techy-snack for the crocs that day.  The whole incident probably took about half a second, but played out much slower for me.  (Yes, I know I was clipped into a safety line, but I really didn’t want to test its strength.)  I’m convinced that the trek photographer captured my near-plunge in this photo. 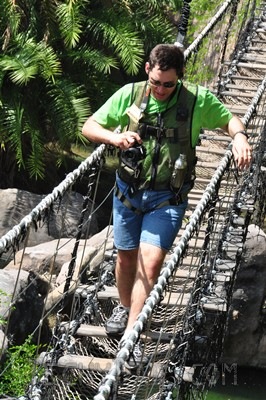 Once we were safely on the other side, we were unclipped and waited for our trek-mates to catch up.  Then, it was time to re-clip to get a closer look at the crocodiles.  We learned that all of the crocs were males.  Not a single female down there.  For good reason too.  If even one female was there, the guys would start fighting amongst themselves to figure out who got to mate with her.  Without any females to fight over, the male crocs spend most of their days relaxing in the sun. 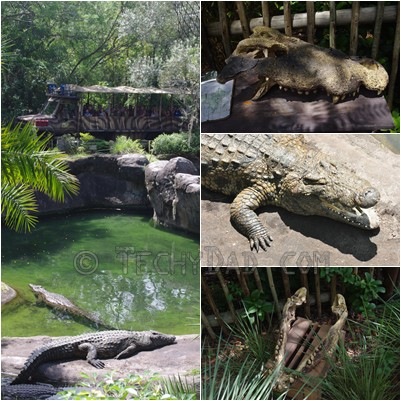 When we were finished looking at the crocodiles, we were given the chance to refill our water bottles.  Then, it was time to move on.  Luckily, we didn’t have far to go this time.  We quickly reached the next stage of our journey.  After taking off our vests (but keeping our water bottles), we boarded a special safari vehicle, driven by a new (to us) trek cast member – Beverly.

Unlike the normal Kilimanjaro Safari vehicle, which has rows of seats for people to sit on, this one had one sitting area around the edge of the truck.  The inside was completely open so we could walk around.  Not while we were in motion, of course, but when we stopped we were allowed to get up and position ourselves for the best photographs.  And the vehicle stopped a lot more than the usual Kilimanjaro Safari vehicle does.  (Our trek photographer also kept snapping shots.) 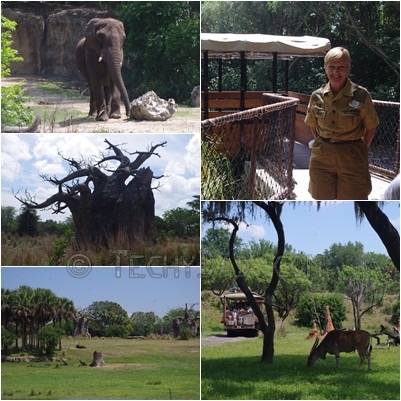 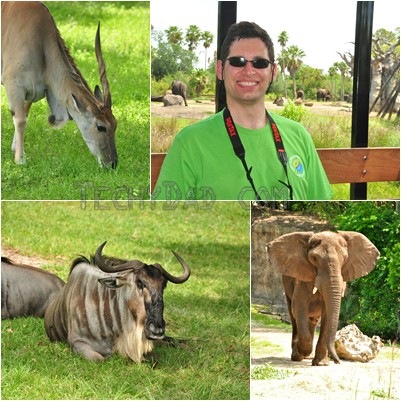 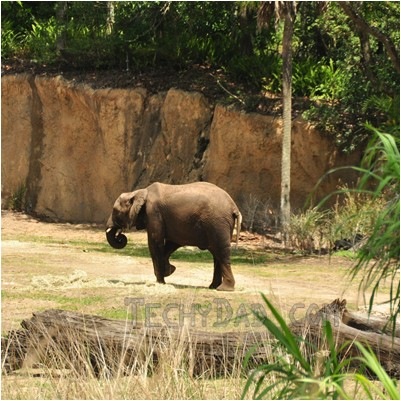 Before long, we turned off the usual path and headed up to the Boma where we would have lunch.  As we disembarked, we were greeted with restrooms, Pog juice, and our meals (which I posted photos of here).  We were able to sit and talk amongst ourselves as well as get up, walk around, take more photos, and ask our guides plenty of questions. 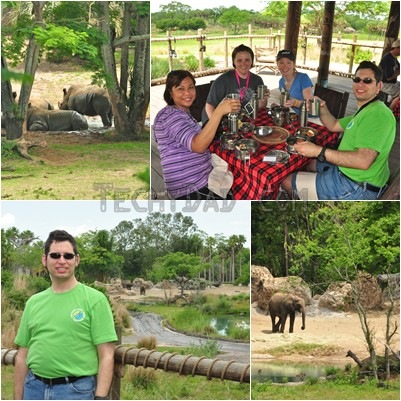 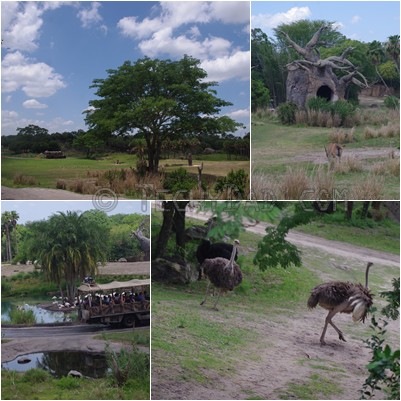 All too soon, it was time to take the last part of our journey (which I shall describe in my final Wild Africa Trek post).