The #DisneySMMoms Report: A Wild Time Trekking Through Africa, Part 3

As we left the Boma on our Wild Africa Trek, we got back into our special safari vehicle and rejoined the path.

First, we found some rhinos. 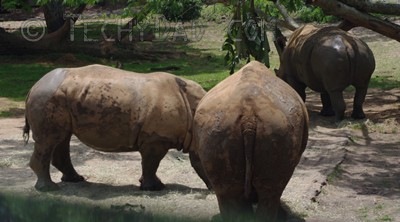 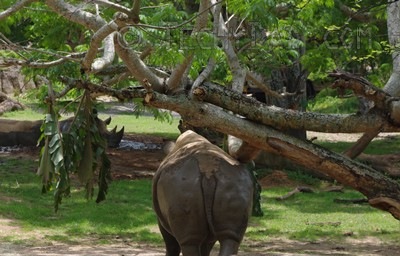 Ok, here is where I get huge photographer-envy for our tour guides.  They have not only the great camera and lens, but the knowledge of where to position themselves to get the great shots. 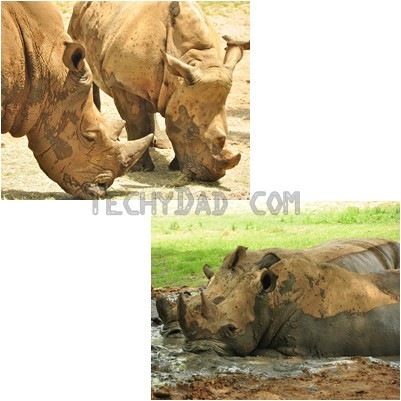 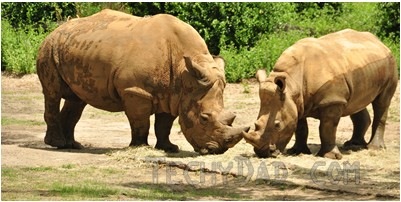 Next up was the lion.  Usually, when we go on the Kilimanjaro Safari, we see the lion’s rock cropping and no lions.  It doesn’t help that lions sleep over 20 hours every day.  And talk about stereotypical male fantasy.  The female lions do all the hunting while the guys take it easy.  The males will then eat what the females brought them and mate with the females in their pack.  The only thing the male lions need to worry about is a bigger, stronger lion taking over his spot and kicking him out.  That lion would then kill all of the other lion’s kids and claim the females as his own.  I’ll take my day job over a lion’s life any day!

Back to the trek, though.  We drove up to a spot that the normal tours don’t go so we were able to see the two lions – brother and sister – as they lounged on the rocks.  Again, my camera took nice photos, but the guide’s camera got up close and personal. 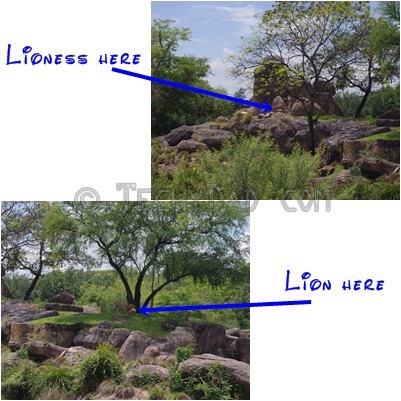 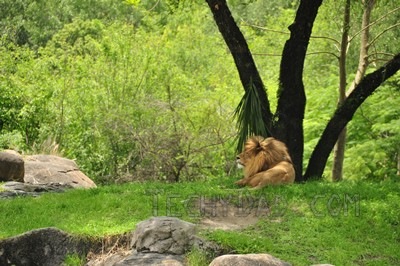 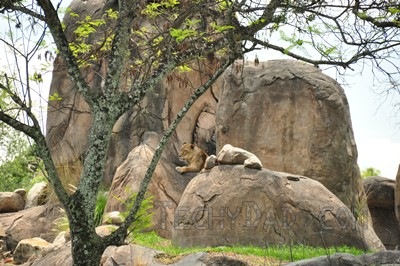 We drove on and saw some more sights, but all-too-soon, I saw the familiar geysers that signal the end of Kilimanjaro Safari.  Usually, on the safari ride, your tour guide begins driving fast and erratically as you try to catch some poachers who stole a baby elephant.  Instead, we were let in on a little secret.  A new resident is coming to the Kilimanjaro Safari.  Of all of the African animals, one very famous one is missing: Zebras.  They have some that are almost ready to make their debut, though.  (Sure enough, when we went on a Kilimanjaro Safari the next day, the "poacher" elements had already been removed to begin preparing the area for zebras.)

Disembarking from our vehicle, we walked back to our starting point.  Once there, we were given the chance to donate a portion of the proceeds from the trek towards lions, elephants, rhinos, or to the general Disney World conservation fund.  Yes, when you pay a fee to take the trek, you don’t just get an amazing experience, you don’t just get to see fantastic animals up close, but you get to help save them as well.  I put my stone in the lion area since NHL’s favorite animal is the lion. 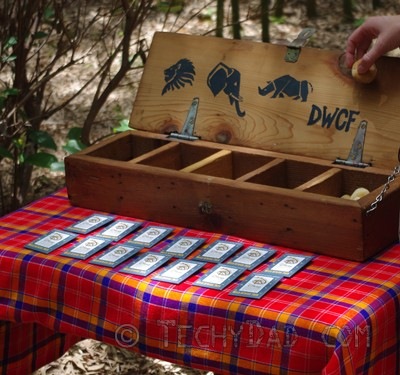 After this, we got a commemorative pin to signify that we completed the Trek.  Finally, it was time to collect our items from our lockers and it was time to head out.  Before we did that, though, we took one last group photo. 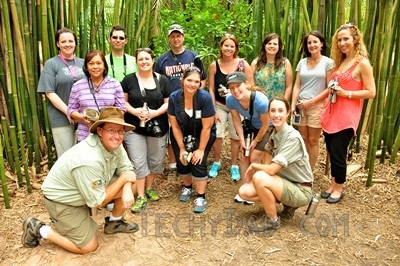 I left the trek feeling a bit sad.  It was so much fun travelling through Africa talking with my trek-mates that I didn’t want it to end.  I would definitely recommend the Wild Africa Trek to anyone who can handle the hike, loves animals, and wants to get a closer look at them.