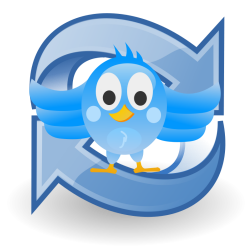 Back in November of 2011, after many months of development, I launched FollowerHQ.  This was my first major Twitter application.  For those who haven’t used FollowerHQ, it’s goal is to help you manage your Twitter followers.  Other tools will let you automatically follow everyone who follows you, but I didn’t want to do that.  If I did, companies that I’m not interested in might follow me only for the automatic follow back.  They could then pollute my Twitter stream with tweets that I don’t care about.

FollowerHQ shows you who is following you that you aren’t following back.  It lists detailed information such as how many followers they have and when their last tweet was.  You can use this information to determine whether or not you want to follow them back.  Perhaps you might ignore some followers because they haven’t tweeted in a long time.  Maybe you might pass over some others because they don’t have any followers or seem like spammers.  Or, perhaps, you will choose to follow some users who tweet about subjects that you find intriguing.

In addition, FollowerHQ will show you who isn’t following you back.  As with people you aren’t following back, you can decide to ignore this situation, or you can decide to unfollow the accounts.  Finally, FollowerHQ will track your followers and will show you who you have unfollowed.  This is useful for the seemingly all-too-frequent times when Twitter decides to automatically make you unfollow someone when you didn’t want to.

The previous version of FollowerHQ was good, but it had one major flaw.  It needed to work while the user was waiting.  The user would open the page and FollowerHQ would start pulling information from Twitter’s API.  Since Twitter limits how much data you can pull at once, this meant that the application could be slow at times.  If the person running FollowerHQ only had a thousand followers, it might not be too bad.  If they had a hundred thousand, however, it was unusable.  Even worse, if the browser crashed, you would lose all of your progress and would need to start from scratch.  Needless to say, this limited FollowerHQ’s usefulness.

For the new version of FollowerHQ, I ditched the "real time load" and went with a report request.  Once you request a FollowerHQ report, it will queue up in the system.  FollowerHQ will then process these report requests behind the scenes, completely separate from the users’ browsers.  You can close your browser and even shut down your computer because FollowerHQ is running on my server.

When FollowerHQ is done, it will e-mail the user to notify them.  They can then log in to view the report.  Since the report information is pulled from my database and not from Twitter, the report comes up nearly instantly.  (I also used Google’s PageSpeed analysis to speed up the site.)

Now Available as an Android App

I’m also testing out ways of packaging FollowerHQ as a mobile application.  The first of these attempts utilized AppsGeyser.  I’m very happy with this approach so far.  AppsGeyser: 1) packages a special web browser that has no controls of its own and points to my site by default, 2) bundles said browser into an Android app, and 3) gives it all of the usual app characteristics such as being able to put an icon on the device’s home screen.  As a bonus, there are no ads (unless I want to include some which would give me some revenue) and I can submit my app to the Google Play store.

I’ve wanted to get into app development for awhile so this is highly intriguing.  I might make a "mobile.FollowerHQ.com" version of my Twitter application for the app to launch, however.  I also want to find similar tools to utilize to create an iOS app.

With all of the changes I’ve made to FollowerHQ, I’ve love to hear what you think.  Head on over to http://www.FollowerHQ.com/ and give it a try.  Post what you think about it here.