A Tale of Computers and Wizards 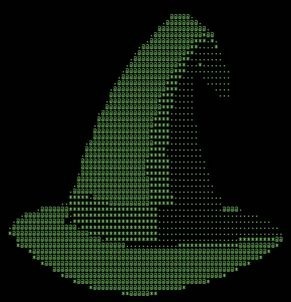 A couple of weeks ago, I was reading Epbot, a blog run by Jen Yates of Cake Wrecks fame, when I saw her review of a book titled Off To Be The Wizard by Scott Meyer.  I immediately knew this was a book I would have to read.

The author had put the first seven chapters online for free so I downloaded and read those.  Actually, read is the wrong word.  Devoured sounds better.  I was done with those quickly and purchased the Kindle version to read the rest.  The story sucked me in so much that I was done in just over 24 hours.

The tale begins with Martin Banks.  Martin’s a pretty average guy.  He has a boring, dead-end job, a drab apartment, and not much money in his bank account.  He’s also a computer enthusiast.  One night, while hacking into a server (not to cause mischief, but just to see what he can find), he stumbles across a strange text file.  The file is large and has a boring name, but something about it piques Martin’s interest.  He tries to download it and is surprised when it instantly opens.

Martin quickly realizes that this file describes people and objects in the real world.  Not only that, but he can make changes to the file.  If he changes his longitude and latitude in the file, he teleports to another location.  If he changes his height, he gets taller or shorter.  He can edit his bank account balance and his cell phone’s battery level.  He can even hover or travel to the past (but not to the future).

With all this power at his disposal, it is almost inevitable that Martin runs into trouble.  He’s forced to flee and, given that he could be pursued any WHERE, decides to escape to a WHEN.  Specifically, the middle ages.  After all, the power to change reality could be viewed as magic and he could become a wizard.

What follows is a riveting adventure filled with magic, geeky references, and time travel as Martin learns how to be a wizard.  I’d definitely recommend this book to any who loves computers, fantasy, science fiction, or just a really good story.  Off To Be The Wizard is available from Amazon.com in both paperback and Kindle versions.

Disclosure: I purchased Off To Be The Wizard myself to read.  I wanted to share a book that I loved and wasn’t compensated in any way for this review.