Notion of Motion at MiSci

We’ve gone to the Museum of Innovation and Science in Schenectady a few times already.  However, on Father’s Day, we headed back to see a new exhibit titled Notion of Motion.  Whereas the previous exhibit, illustrated how people see and how our eyes can be fooled by optical illusions, the current one dealt with how things move.

There were fans blowing silk flags, pendulums rocking back and forth, and sand on conveyer belts.  And, as with most exhibits in MiSci, there was plenty of opportunities for the boys to touch and experiment on their own.

Right when we walked in, there was a small machine with a circle of rope spinning around inside of it.  Appropriately enough, it was called a Rope Squirter.  The rope was sped up so much that it would go high in the air before coming back down and back into the machine.  By touching the rope, you could see how its motion was affected by your hands.

Further in, there was a big spinning disc.  You could place smaller discs, or balls on top to see how they moved.

There was also a gravity well.  Kids (or us adults as well) could roll small white balls to see how they react to gravity.

Everywhere we went, the boys got to touch and play, but they also got to learn a lot about how the world works and how things move. 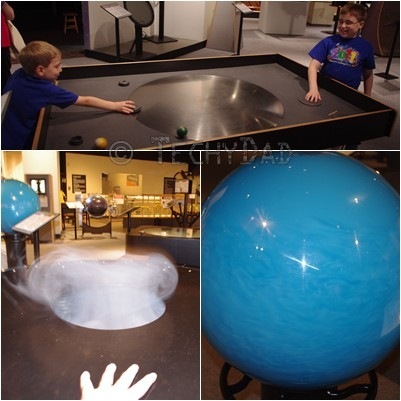 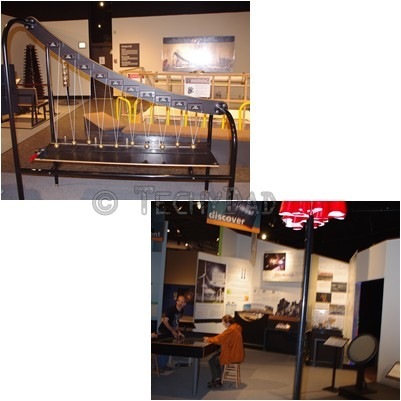 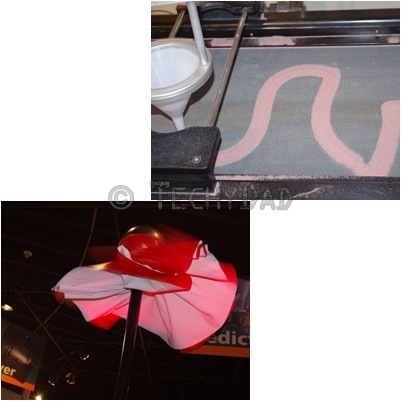 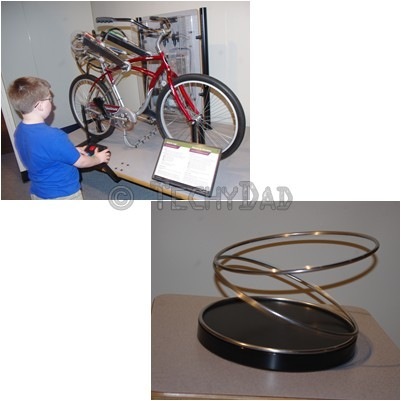 Next up from MiSci is an exhibit about dinosaurs.  Given the previous two exhibits, I can’t wait to see this next one.

Have you ever gone to a museum where your kids were encouraged to touch the exhibits?