Visiting The Museum of Innovation and Science in Schenectady

On Wednesday, I briefly wrote about the Museum of Innovation and Science (aka MiSci) in Schenectady.  Specifically, about how the ring of fire made my mother-in-law look like a dandelion.  The Bridge-Of-Fire was just one of the many exhibits in the museum, however.

In fact, there are so many exhibits and they are so much fun and so interactive, that the first time I went I didn’t take photos of many of them.  That’s saying something because I take photos of EVERYTHING!  Random flowers, food as I’m cooking it, the sky, food before I eat it, my kids… everything.  And yet, I was having so much fun with my kids and their cousins the first time we went to MiSci, that I forgot to retreat behind the camera lens from time to time.

First up is Seeing.  This was all about optical illusions and exploring how we see the world. 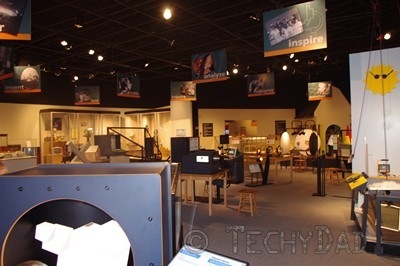 For example, this sculpture looks one way when viewed up close and another when viewed from afar: 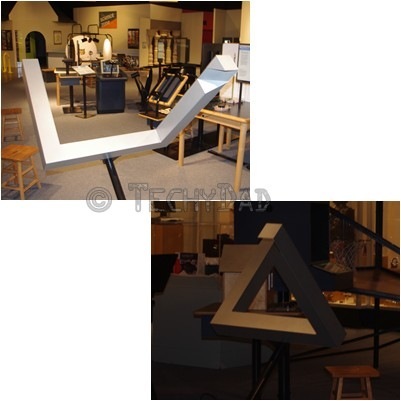 There was another spot where you could toss a basketball into a net.  Easy enough until you put a pair a lenses in front of your eyes.  When you did this, it shifted your vision making you think that the net wasn’t where it actually was.  The end result was that shots that you aimed right for the net wound up way off course.  (NHL, thwarted the illusion, however, by all-too-quickly adapting his shots to compensate.) 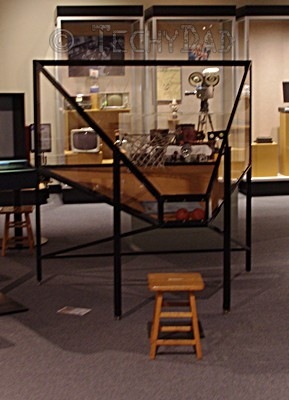 Another station let you look into a viewing hole where you see a series of chairs.  Looking in from the see-through side, however, reveals a different sight. 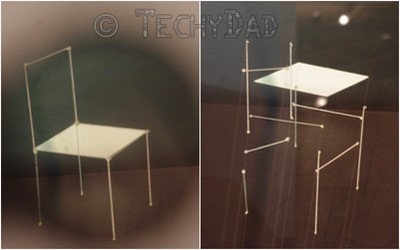 Other stations showed how eyes see objects (upside down – the brain flips them right-side up), how the apparent size of an object is altered its distance, and so much more.

Sadly, that exhibit has moved on.  Thankfully, though, other exhibits will take its place.  (Including Dinosaurs! in a month.)

Other exhibits at the museum showed off other properties of science, such as the wonders of magnetism, and technology (such as the evolution of the camera). 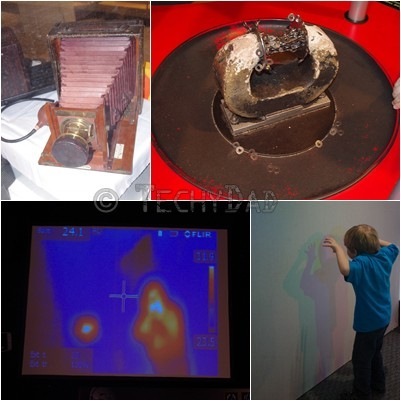 One of my favorites, though, was the planetarium show.  We sat in the seats and the host began to talk about the show.  Then, she began it by showing the Sun in the sky.  (One of the few times when you can stare at the Sun and not hurt your eyes.)  Unfortunately, you can’t see the stars during the day since the Sun’s light overwhelms them so much.  Fortunately, a planetarium is a time machine of sorts and our host sped up time until the Sun set below the horizon.  Little by little, the sky darkened and the stars began to come out.  Eventually, we were able to make out some constellations. 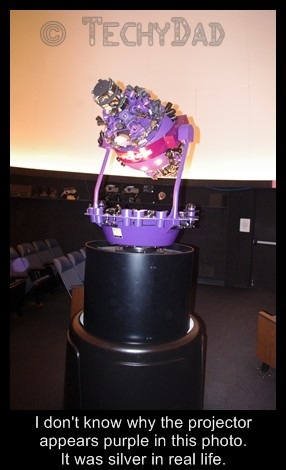 The biggest impact, however, came when our host pointed out that the stars were still being overwhelmed.  Not by the Sun, however, but by the lights from the city around us.  Again, we were lucky and she was able to turn these off.  Now, I’ve never had the fortune of seeing the stars from a location devoid of light pollution.  When the city lights were turned off, suddenly thousands of stars appears overhead.  There were so many of them, it felt like they were burning into my eyes.  It was an amazing sight.

In the end, we have had two fantastic times at MiSci and can’t wait to go back again.  Thanks to getting a membership, we can not only go back as many times as we like, but we can go to other museums like the Museum of Science in Boston, the Buffalo Museum of Science, or the Intrepid Sea, Air, and Space Museum in New York City.  It looks like we’re going to have a science museum filled summer and we couldn’t be happier!