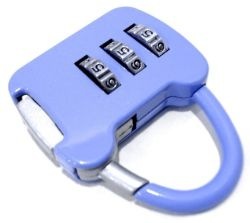 The other morning, NHL walked into my bedroom as I woke up.  He was carrying his Galaxy Tab 2 tablet.  This isn’t a rare occurrence as he tends to wake up very early and we let him use the tablet to entertain himself as we sleep a bit longer.  This time, though, NHL informed me that he had just gained a bunch more friends on My Muppet Show.

This immediately concerned me.  Not because he had more friends – there isn’t any way for one friend to contact another.  You can only view each other’s stages and vote for them to be selected stage of the week.  What concerned me was HOW NHL had found additional friend codes.

You can’t just look up new friends in-app.  However, people have posted their friend codes in multiple places online.  I worried that NHL had been visiting strange websites without consulting us.  He assured me that he hadn’t.  He found them on YouTube.

Now, we’ve talked to NHL about YouTube before.  It’s an amazing place with some fantastic videos for kids.  However, it is also a place where many videos are NOT kid-friendly.  Telling which are and are not for kids isn’t easy.  A video can start innocently enough and quickly veer into Not-Safe territory before a kid can say Stop Playing.

Given that NHL has shown the technical know how to browse the web and given that we don’t want to block it completely, it’s time to look for some web filtering apps.

What apps/programs do you use to filter your kids’ web browsing?

NOTE: The Number Lock image above is by forbiddenarts and is available from Morgue File.