What I Learned While My Wife Was At TypeACon 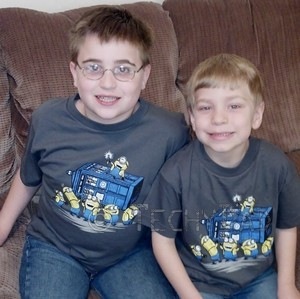 Since Thursday, it has been just me and the boys (and – when they were in school – just me).  While I’m sure that B will be coming back today with plenty of new lessons to put into action, I’ve learned a few lessons as well.

Now, mind you, I wouldn’t be able to do this every single day.  I’m glad that I have B as a partner to share the parenting load.  Still, if need be, I can remember things like medication or which clothes the boys need to wear given the days’ weather without B looking over my shoulder.  I’m perfectly capable of doing the household chores while taking care of the boys.  I’ve got to stop doubting parenting abilities (as was well as doubting myself in other areas).

Learn To Pick My Battles

That being said, I did have a parenting fail moment. We had arrived early to school Friday morning and I suggested a walk around the block to kill time. Everyone was for it until we just got underway. That’s when NHL began to protest about how he hated walks, had gym that morning, and WASN’T walking any more.

What I *should* have done was given in and waited inside with the boys as they usually did.  Instead, the planned walk became fixed in my mind as "the plan" and, as often happens with me, I stubbornly persisted.  As the walk wore on, NHL got more and more agitated.  By the time we walked into school, he was completely wound up.  As I walked out of the building, it suddenly hit me.  I just put "the plan" ahead of my son’s well being.  Thanks to me, he was now starting the day on edge instead of calm.  His day would likely spiral out of control from this point and it was all my fault.

The guilt ate away at me for the rest of the day.  Out of necessity, I’ve learned to be able to put these kinds of worries out of my head lest I obsess over them.  (A topic for another day.)  This time, though, I couldn’t.  No matter what I did, I just kept picturing NHL having a horrible day all because of me.

When I picked him up, NHL said that he had a wonderful day.  Thankfully, his teachers and him were able to turn it around.  Still, I apologized to him for my behavior.  I’ve got to learn to spot when I’m obsessing on something and figure out how to pull myself out of the obsession.  It’s not going to be easy, but it’s something I need to do.  Not for me as much as for my boys.

Sometimes Simple Activities Are The Most Fun

As much as I loved going with the boys to the Museum of Innovation and Science in Schenectady on Sunday, my favorite day of the long weekend was on Saturday.  The boys and I had eaten breakfast (homemade French Toast) and watched two episodes of Doctor Who (Silence in the Library and Forest of the Dead).  The boys had a blast seeing the Vasta Nerada and meeting River Song for the first time.  It started them talking about counting shadows and "Spoilers!" for the rest of the weekend.  After watching some TV, got tired and took it upon himself to take a nap.  While he napped, JSL played and I made some slow cooker apple sauce.   After NHL woke up, we went to lunch, had some play time in a local park, and then went for frozen yogurt.  It wasn’t anything grand and elaborate, but it was a lot of fun just spending time with my boys.

Carve Out Some Time By Yourself

Second to my time with my boys was the time by myself.  On Thursday, after dropping the boys off at school and B off at the airport, I came home to an empty house.  After just enjoying the peace and quiet for a bit, I set to work sewing a fez.  Without any distractions, I was able to focus entirely on it and the work went quickly.  Pretty soon, I was done.  As the final glued pieces dried, I was amazed by how much I enjoyed being by myself.  I don’t get much "just me" time.  If I do, I tend to feel guilty that I’m not spending the time with B or the boys.  With both of them elsewhere and unable to be with me, I had nothing to feel guilty over and was able to just enjoy the "me time."  By the time I picked up the boys, I was feeling very relaxed and happy.

Yes, I know that the Doctor loves saying this, but they are.  I keep finding myself coming up with odd reasons to put on the fez I made.  I just can’t help myself.  Yes, I’m wearing it right now. 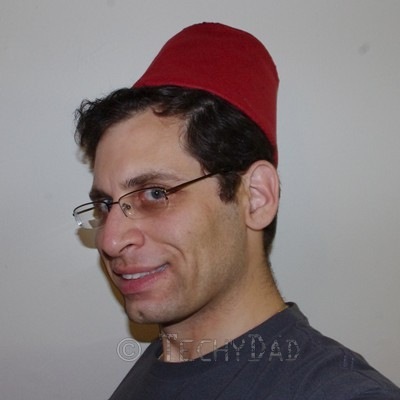 The fez project hasn’t quite itched the crafting bug, though.  Instead, I can’t wait to start my next crafting project: Bow ties.  I’ve already purchased the materials and might start this week.  After all, bow ties are also cool!