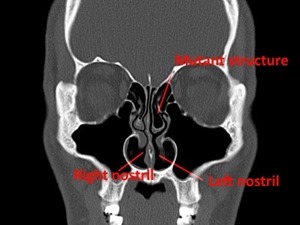 After my surgery, normal life ground to a halt.  Immediately after the surgery, I wasn’t strong enough to get up and move for long.  In fact, when I initially woke up from the anesthesia, I had the most peculiar experience.  I became quickly conscious and aware of my surroundings.  I could hear everything going on and could think clearly.  What I couldn’t do was move.  It was like my mind was separated from my body.  It took great effort to move my body just a little bit.  Slowly, I began to regain use of my limbs and the effort returned to normal levels.

Later, I had to rest in bed.  I could move around, but moving too much would leave me out of breath.  This meant that my usual tasks of going to work, driving, making food for everyone, getting the kids ready for bed, and more had to be done by B.  You might think that sitting around doing nothing while someone else does everything for you sounds good, right?  Well, maybe for a short while it might be, but I found myself longing to do something.  In fact, I still wonder if part of my insomnia issues stemmed from not following my normal routines.  At 2am, I felt like I just had to be doing something, but there was nothing for me to do.

As I got stronger and recovered more, I was able to venture outside.  You don’t know how much you miss taking a simple walk around the block until you’re medically forbidden from doing it.  The feeling of the sun on me, the gentle breeze, and simply moving my legs felt great.  Again, with the insomnia, I felt like I just wanted to run around our house at 2am.  Unfortunately, our house is not designed for people to run around within it.  At least, not without waking everyone else up.

Finally, there is work.  I don’t talk about my work life here much because I prefer to keep my professional life and blogging/social media life separate.  Still, I missed going to work.  The intellectual challenge of it all and talking with my co-workers is a big part of my "normal life" and I missed it.  Thankfully, I’m going back to work for the first time in a week today.  I’m sure there will be plenty for me to catch up on.

By now, I’m feeling almost fully recovered.  I still can’t bend over without feeling bad pressure in my nose.  I also need to be careful not to lie on my face or touch my nose too hard.  I’m also not supposed to lift heavy objects.  There’s also the matter of the packing and blood clots that I’m still occasionally passing.  That’s not pleasant at all.  But all of this is getting less and less frequent and my life seems to be returning to normal.  Actually, it’s even better than normal because now I can breathe out of BOTH of my nostrils.  I think I’m going to like normal version 2.0.