Last year, I made a series of New Year’s resolutions.  Let’s see how they panned out, shall we?

I had a LOT of photos to sort through.   They were all jumbled in an “unsorted” folder and stuck in the (partially date stamped) folder that the camera assigned them.  It took a lot of time, but I finally sorted every last photo from 2011… and then promptly fell behind in sorting the ones from 2012.  Luckily, however, I spent some time on those and now have every last photo sorted.

You’ve checked out my Twitter follower management website, right?  If the answer is yes, then thank you.  If the answer is no, then get thee to FollowerHQ!  It will let you see who is following you that you aren’t following back.  Then you can decide whether you want to follow those people back or not.

I had a bunch of ideas to improve it, but couldn’t find the time to work on them.  I would do a bit of work here and there, but things always seemed to get in the way.  My latest effort was my best one, though.  Spurred on by some big Twitter API changes, I’ve come up with a pretty radical alteration to FollowerHQ.  I’m tentatively calling it FollowerHQ Version 2 (because I’m just that awesome at naming things).

I did a ton of work on it, but have recently gotten side tracked.  I had a good excuse, though.  I was invited by Disney to preview their New Fantasyland.  (See the ongoing posts at that link.)  Now, I’ve just got to pick up where I left off, get it ready for beta testing, and then get it ready for release.  (If you are interested in beta testing, let me know in the comments or on Twitter.)

At the time of my resolution, my only promotion of my tweets was an automated “Hey, this post is now live” tweet.  After that, I relied on remembering to tweet about it.  That is to say, I never tweeted about it.  You can write the best blog post in the world, but if nobody knows about it, does it matter?  Now, I could spend every second of the day promoting my many posts and doing by best to drive traffic to my blog… except that I have a day job.  I can’t spend all day promoting blog posts when I have day job work to do.  I can’t spend all night promoting blog posts either because I have to work on new posts as well as make dinner, clean up, organize photos, etc.

The solution?  I found a WordPress plugin called Tweet Old Posts.  It did just what it sounds like.  At an interval specified by me it would take an old blog post of mine (how old is up to you, I set mine at 2 weeks) and tweet it out.  It took some minor fiddling with the settings to find the sweet spot of “too much tweeting” and “almost never tweeting”, but I’m happy with the result.  No, it’s not a hand-crafted promotion, but it’s the best I’m going to get given my limited time.

On one hand, I love cooking.  Spending time in the kitchen turning a bunch of raw ingredients into a delicious dish.  On the other hand, I hate cooking.  Especially when I’m tired from work, put in a lot of effort to cook a meal, and then hear a rousing chorus of “Ewwww…. I don’t want that…. I don’t eat that… I want something else!”  Nothing punctures my Will To Cook faster than the prospect of making one meal for B and me, one meal for NHL, and one meal for JSL.  If I’m going to do this, I might as well toss some food in the microwave and hit the buttons to get dinner ready.  Why bother doing more just to hear how nobody likes the food?  Especially when I can hear about how great a cook I am when I toss frozen chicken on a paper plate and heat it in the microwave for 3:30.

I’ve had my cooking moments, though.  The weekends have been taken over by making eggs, toast, and “fakin’ bacon” (soy bacon – we’re Kosher in the house) for breakfast.  It’s a simple thing, but so much nicer than cold cereal or pop tarts.  NHL has been getting more adventurous with his eating too.  Now, if I could just lure JSL away from the “I don’t eat anything different than the things I’ve always eaten” camp.

Give B More Breaks

I’ve had quite a few Just The Boys days.  We’ve gone to parks, museums, restaurants, and more.  They love spending time with me and I love spending time with them.  It is a refreshing change from the usual times I see them during weekdays (before going to work when I’m in a rush to get out the door and after coming home when I’m tired and not looking forward to the nightly fight over dinner.  About the only reason that I’d say I haven’t done this enough is that I can never spend too much time with my boys!

We’ve gotten a few nights out alone.  We’ve even had a trip to Disney World where we (*gasp*) didn’t bring the kids!  In the case of the former, it’s great to get out so it is just the two of us.  In the case of the latter, it was great to not only have a few days where we didn’t need to worry about the kids, but it was nice being able to decide what to do in Disney World ourselves instead of catering to the boys.  We could walk for longer, ride rides that we wanted to go on, and go sightseeing in a way that would have led to a pair of very cranky kids.  We returned home exhausted, but also refreshed.  Yes, we love our kids more than anything, but it is good to get away from them from time to time as well.

How did you do with your 2012 resolutions? 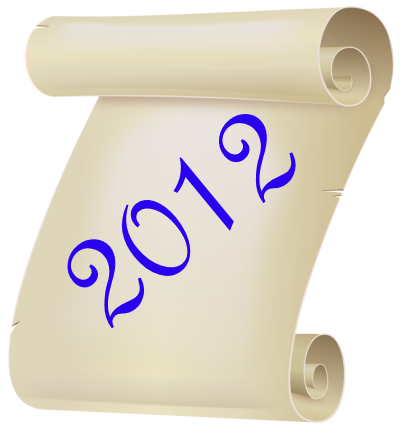 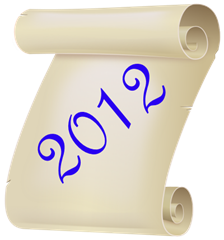 As I was thinking about what I would like to accomplish for 2012, I thought about my "11 goals for 2011".  I think this was partly a failure because I set too many lofty goals.  As the year goes on, life happens and your plans encounter detours.  So I think I’ll make six more generic goals.

I love taking photos.  Unfortunately, I’ve gotten lazy when it comes to taking the photos off the camera.  I’ve been sticking them into an "unsorted" folder and putting off filing them.  As I type this out, I have almost 5,000 photos (about 24GB worth) to file.  I want to be better at filing.

I launched FollowerHQ last year and though I like it, I’m never fully satisfied.  I’d like to find some ways to improve on it.  I already have some ideas.  I just need to put them into code.

Currently, my promotion of blog posts involves an automated tweet when the post goes live.  Occasionally, I’ll tweet about it more, but all too often life takes over and I’ll forget.  I need to get into SocialOomph more to schedule tweets.  I also need to remember to post more on my Google+ page.

I love cooking.  Sadly, due to many factors, I find myself reduced to making the same quick dishes over and over again.  In the last couple of weeks, I’ve relied on the microwave and/or canned foods all too much.  I want to cook from scratch more often and plan out meals again.

Give B More Breaks

B loves the boys and enjoys spending time with them.  However, having to deal with them (and their bickering and love of making loud noises) can wear her down.  She could use more time for herself.  (Either quiet time alone or girls’ nights out.)  I want to make a regular habit of taking the boys out (or keeping them in) so B can enjoy time off from being "mom."

While B could use more breaks, I could too.  I’ll admit that there are times when I feel like we have so many things to worry about (home issues, boys, etc) that we don’t have time for one another.  I want to find more time for us to go out on date nights.

So there you have it, my resolutions for the coming year.

What resolutions/goals do you have for 2012?

Scroll graphic modified from one obtained via OpenClipArt.org.