Soon after we got our smart phones, Instagram came out for Androids.  I downloaded it immediately and tried it out.  I’ll admit that my first impression was poor.  I didn’t see the draw in taking small photos of things and putting filters on them.  After a few posted photos, I moved on.

Sometimes later, I decided to give Instagram another shot.  This time, I found I loved using it.  I still steer clear of the filters, preferring instead to show the photos as they are taken.  Still, it is a quick and easy way to share out photos.  I could have Instagram tweet out the photo and still keep a gallery of my photos for people to look at.

Granted, Instagram isn’t perfect.  For one thing, there’s no spell check within the app.  I can’t tell you how many times I’ve almost sent out an update with a mistyped a word because there was no red squiggly line alerting me to the incorrectly spelled word(s).  Secondly, Instagram itself doesn’t have a gallery.  I can’t just tell people to go to Instagram.com/TechyDad/ to view all of my photos.  Even if you load up one of my Instagram photos, there’s no way, in a non-mobile browser, to click to see more photos by me.  This is the exact opposite problem that many websites have.  (Ignoring mobile browsers and crafting their site only for non-mobile visitors.)

Now that I’ve added that link to my header, I can easily direct people to my Instagram feed whether they have a smartphone or not.  So if you aren’t on Instagram, take a look at my photos from time to time.  If you are on Instagram, why not follow me?  Let me know your Instagram names in the comments and I might follow you as well.

My boys love all things pirates.  This is partially (ok, mostly) fueled by Jake and the Never Land Pirates on Disney Junior.  So we were very excited when we found out that there would be a Swashbuckler Soiree at the Disney Social Media Moms Celebration.

Since I’m writing this post in advance (from my couch at home, not from Disney), I don’t have any photos of the pirate party.  Instead, here are some pirate-ified photos of my boys and I courtesy of the free Android app Make Me A Pirate: 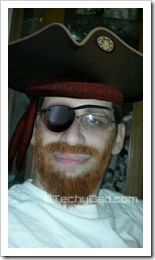 My Aloha Friday question for today is: Do you and your kids like pirates? 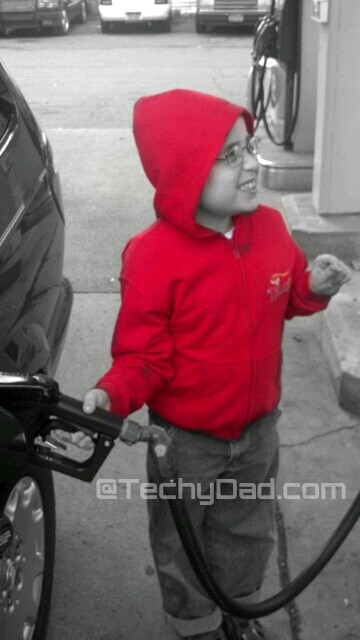 NOTE: This photo was taken by my Droid Bionic, recolored with Color Touch Effects and watermarked with Add Watermark Free.

Playing in the World of Android Apps

Since we got our first smartphones, Droid Bionics, we’ve been on the hunt for apps.  I’ve found many that I love and a few that immediately got deleted.  Here are a quick rundown of three free apps that I’ve quickly grown to love and one that will likely become the first app I pay for.

1. TweetDeck – Tweeting from my phone was pretty important to me.  Pre-smartphone, I did this via SMS messages.  That meant that I could send messages, but could only see limited messages coming in.  Thankfully, our new Android smartphones and data plans meant that we could install TweetDeck and see more comprehensive tweet streams.  We could also tweet more easily.  This is probably one of my most used apps (if not my most used one).

2. Angry Birds Space – Yes, games are important to me.  I’ve long been hooked on the Angry Birds franchise.  Angry Birds Space kicks it up a notch.  What I find most interesting are not the new bird designs/powers.  After all, except for the Ice Bird, most of the other birds keep their usual functionality.  No, it’s the addition of gravity wells that changes everything.  Instead of gravity being a constant downward force, you might need to slingshot around a gravity source to hit your target.  You get some assistance by a new targeting line that shows where your bird will head, but it’s not a complete mapping of the bird’s path.  The line helps enough to make the levels playable, but doesn’t help do much as to make them easy.  Even though I’ve beaten all of the levels (including the Golden Egg levels), I keep playing again to try to get better scores.

And now, the application that will likely become the first one I pay for:  Add Watermark ($1.99).  As you might have noticed, all photos on TechyDad.com get a watermark stamped on them.  This is done automatically via a script on my computer before I upload them.  Of course, I can’t run this script on my phone.  Enter Add Watermark Free (the free version of the app).  I downloaded this one and was quickly able to take a photo, watermark it, and then post it to my blog.  My only problem with the app was that the process was a little convoluted.  Then, I noticed that this was by design.  The pay version includes additional features to streamline the process.  Since I could really use these features, I’ll likely pay for this app very soon.

What apps do you use on your smartphone?