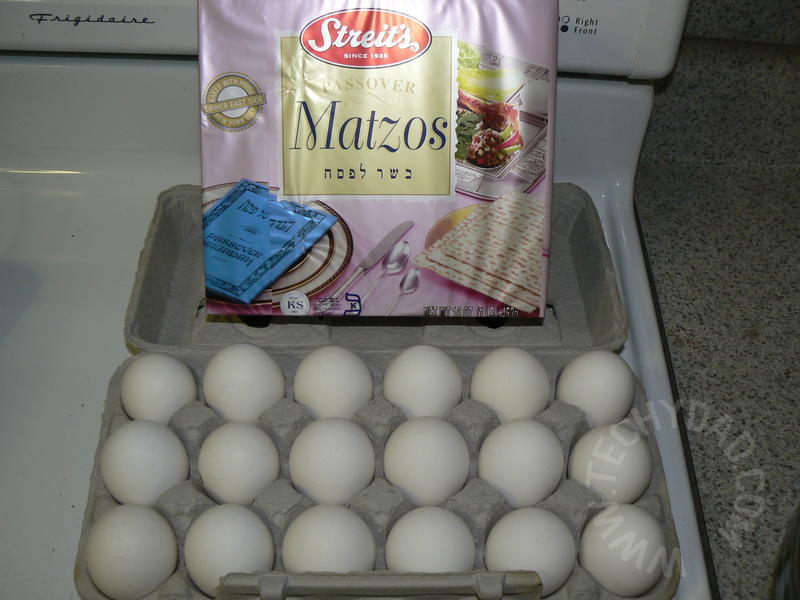 During Passover, we eat a lot of matzoh. How much? Well, we had 15 pounds of it before Passover started and ended with just under 9 pounds. That’s 6 pounds of matzoh over 8 days for 4 people. That’s an ounce of matzoh, on average, every single meal. It might not seem like a lot, but it adds up. The challenge becomes how to avoid matzoh (difficult when it’s the only grain you’re allowed) or how to turn an ordinary slice of matzoh into something other than a flat, near-flavorless cracker. One of the classic dishes you can make with matzoh is matzoh brie, or matzoh pancakes.

First, we need to gather our ingredients. Matzoh, some eggs, salt and pepper. 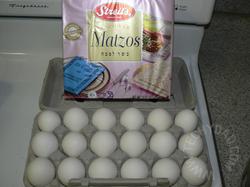 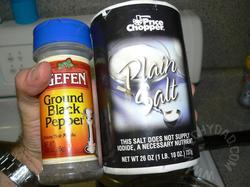 What’s that, you say? That’s a lot of eggs? Don’t worry, we’re not going to use all of them. Just 1 egg per matzoh slice. Next, we crumble the matzoh into a bowl. Go to town and crumble them using your bare hands. Don’t worry if the pieces aren’t all uniform. 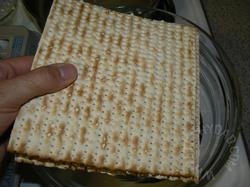 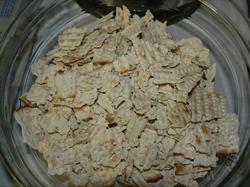 Now fill the bowl with water and let it sit for about five minutes. 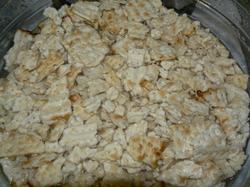 Next, carefully pour out the water. You might want to use a colander here to prevent any accidental matzoh spillage. 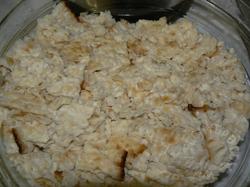 Now add the eggs. Remember, that’s one egg per matzoh slice. Can you guess how many slices I used? 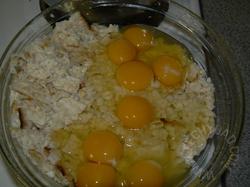 If you said 8, you’re right! Mix that all together and then mix in some salt and pepper. 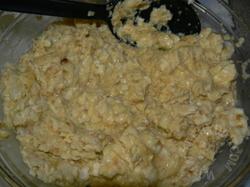 Now, we get a frying pan heated up on medium heat with some non-stick spray. Scoop some of the matzoh and put it in the pan. Carefully, thin it out to something resembling a circle or oval. 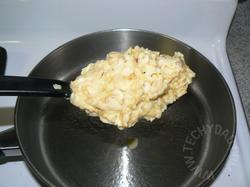 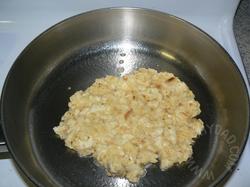 Wait about 3 minutes and then flip it over. 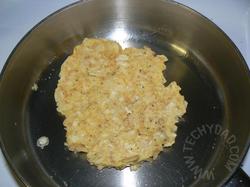 Let it cook another 2 minutes or so and then transfer it to a plate to be consumed topped with cinnamon and sugar, jelly, syrup or anything else you can think up. You could even put some sauce and cheese on top and make a matzoh brie pizza! (I haven’t done that, but I’ve heard it’s good.) You can even make a large batch and reheat it later. 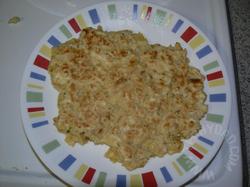 Now we just need to figure out what to do with the 6 pounds of matzoh that we still have in the house!