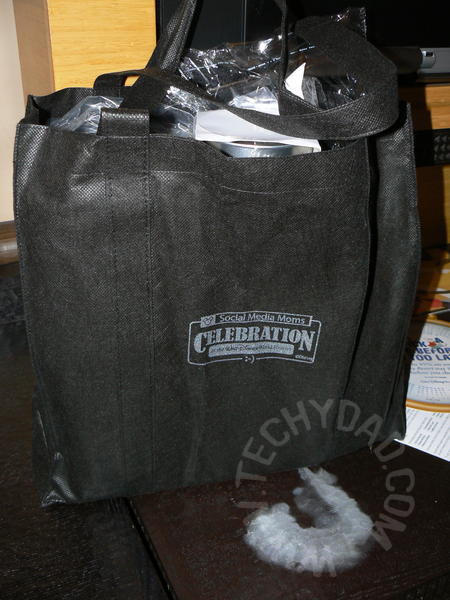 Last week, I ended with our trip to Epcot and leaving Pop Century for DisneySMMoms. After making our way to the Polynesian, we checked in and were told to go to the hospitality area to check in for Disnet Social Media Moms. B went in there while I waited in the hallway with the kids. After awhile, she came out with a ton of swag and we made our way to our room. 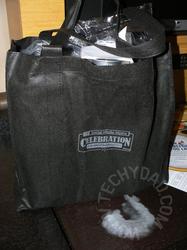 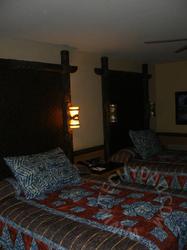 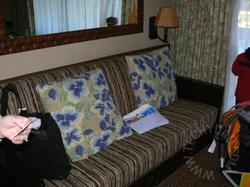 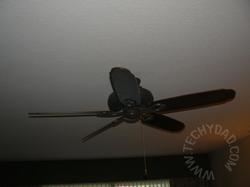 It was quite nice. I’m a fan of Pop Century, but the rooms do tend to run small. (Can’t expect much different from a Value Resort.) The Polynesian’s rooms were huge by comparison. The one criticism I’d have is that all of the buildings looked the same. We had trouble finding our way to our building. At least the Pop Century had different looking buildings.

We marvelled at the room for awhile but had to get ready to go to ESPN Wide World of Sports. We caught up with Christina (CutestKidEver), her husband Tom and son TJ by the bus stop and took the bus with them. This wasn’t your usual Disney bus. The strollers weren’t folded up and carried on board. They were stowed underneath (enough room to stow them unfolded) and we sat an nice, soft seats.

At ESPN Wide World of Sports, we were directed where to go. B and Christina went to the Disney SM Moms area to listen to some presentations while Tom, TJ, NHL, JSL and I went to the "dads and kids" area. They had taken a few of the fields and set up some games to keep the kids busy. They had basketball, football, soccer, volleyball and other sports for the kids to play. 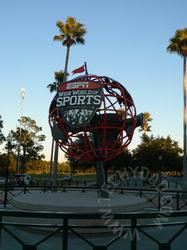 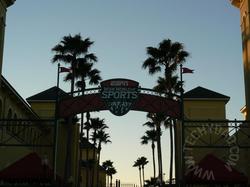 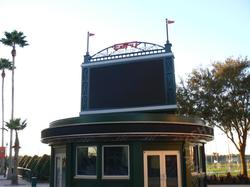 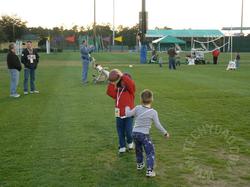 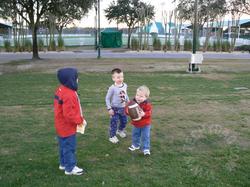 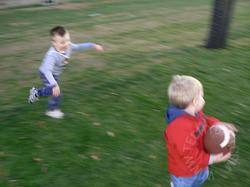 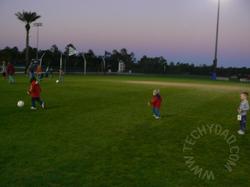 The kids had a blast running around chasing balls. The only glitch was when I went to kick a soccer ball. The grass was slightly wet and my feet went right out from under me and I landed on my read end/back. Getting up, oddly enough, my first thought was "B’s going to kill me if I got grass stains on these jeans!" My second thought was "Am I injured." Luckily, there were no grass stains or injuries.

Soon, it was getting dark and time for us to head in to eat. We made our way to the dining area, parked the stroller and found the table the girls had saved for us. Going with the sports theme, they had peanuts and Cracker Jacks for us to snack on. 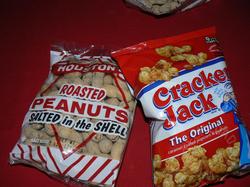 Alcoholic beverages, too… trying to get the moms drunk? 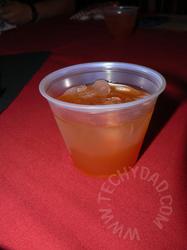 The food was mostly meat-based (hamburgers/hot dogs) so there wasn’t much for me, but I made do. Burger bun + cheese meant for cheeseburgers + tomatoes = cheese sandwich. Some fries with cheese sauce & fruit and you’ve got a meal. Later on, they had ice cream including Mickey Bars. YUM! 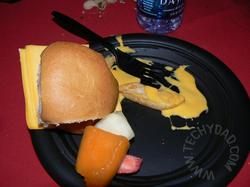 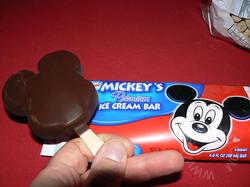 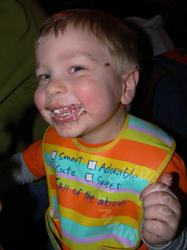 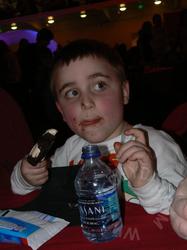 Of course, it wouldn’t be Disney if characters didn’t make an appearance. Pluto, Mickey, Minnie and others were on hand. Unfortunately, not all of them stopped by our table. TJ seemed upset about that, but I knew that we would be going with him to Epcot the next day so I told him that I knew where he could go to see Mickey, hoping that would make him feel better. (Nobody should be sad at Disney!) 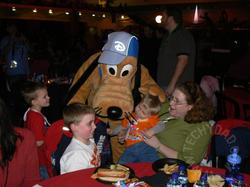 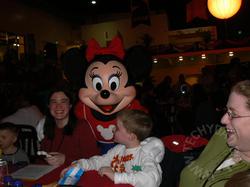 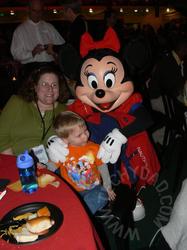 It was late so we gathered our things and started out… until I couldn’t find my camera. I ran back to the table and there it was underneath my chair! WHEW! Two lost things recovered in the same day.

With that crisis averted, we left ESPN and headed for the bus back to our hotel. On the way out, though, we were handed some ESPN hats. Very nice touch. Though it was late, NHL and TJ didn’t conk out but enjoyed some time together on the bus ride back. 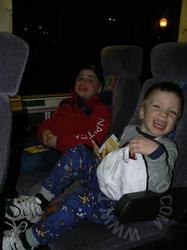 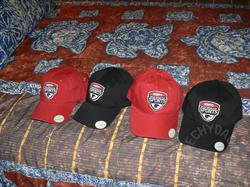 Then we went back to our hotel rooms and got some sleep. We all had a big day tomorrow. B at Disney Social Media Moms and me with the kids in the parks!