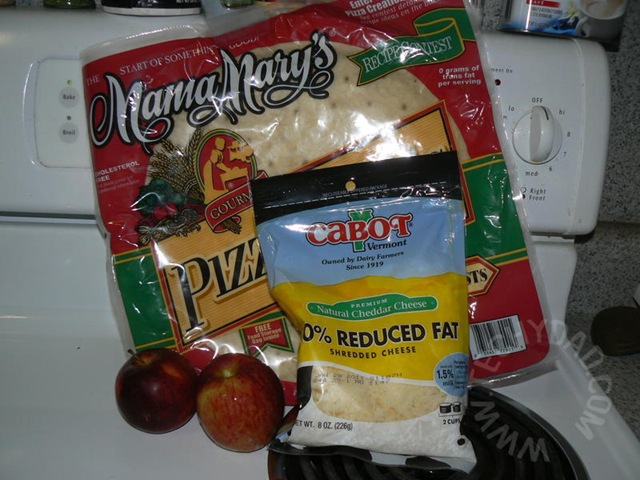 As I mentioned before, we went apple picking two Saturdays ago and wound up with 29.5 pounds of apples.  Some of these found their way into a big batch of Slow Cooker Apple Sauce, but there were still plenty left.  I saw a recipe online for Apple Cheddar Pizza and it intrigued me.  So, for dinner Sunday, I made four pizzas.  Two were the usual sauce-and-cheese affairs, but the other two…

First, as always, we gather our ingredients. 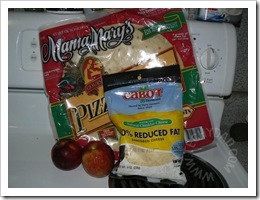 That would be pizza shells, shredded cheddar cheese and apples.  Note, that I used more than those two small apples.  Depending on the size of your apples, you might need three or four per pizza.

First, I laid out the pizza shell. 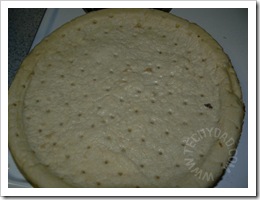 Note: If you make your own from scratch or buy dough, that’s great.  Just get it to the “ready to top” stage and continue on from here.

Next, I tossed on a thin layer of cheddar. 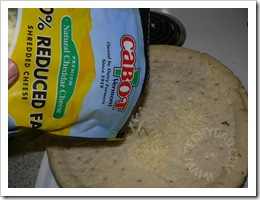 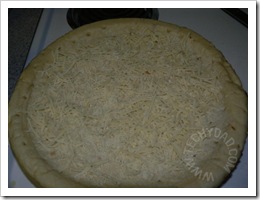 I pealed, cored and thinly sliced the apples.  The slices were arranged in a circular pattern on the pizza. 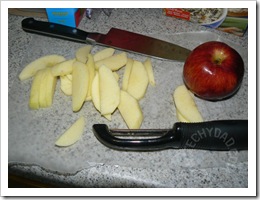 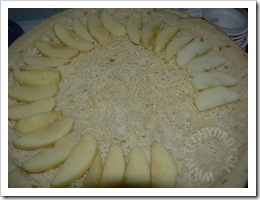 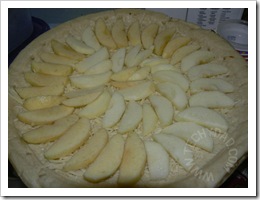 At this point, you could toss on a little cinnamon or your favorite apple-accompanying spice.  I was in a hurry to taste this so on went a second layer of cheesy goodness. 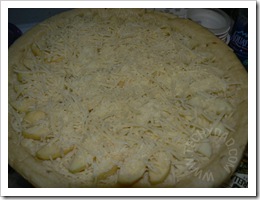 It went into the oven for about 7 minutes until the cheese was melted. 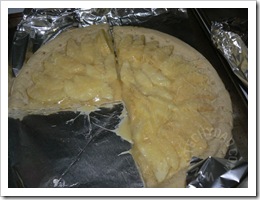 Um, like I said, I was in a hurry to eat this.  So much so that I forgot to take a photo of the whole pie.  Oops.  Want a slice? 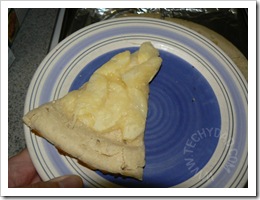 If, like me, you forgot decided not to add a spice before, you could always add it now. 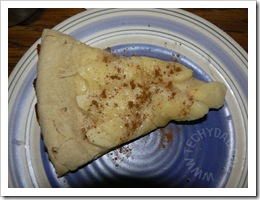 Or, also like me, you could make a second pie. 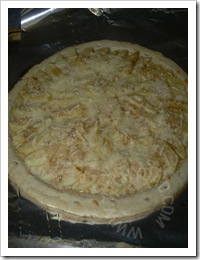 NHL declared this to be the best pizza I’ve ever made.  His exact words!  So I’d say this was a hit.  What’s not to like?  Apples and cheese make a great combo.  And, with about 14 more pounds of apples left, I might be making this again very soon.