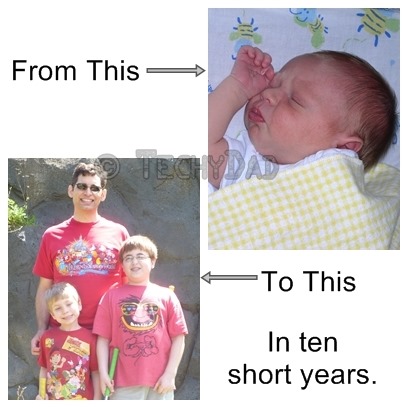 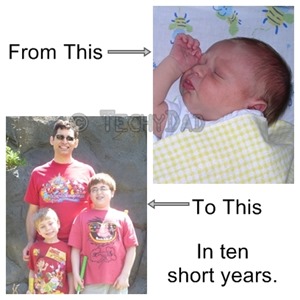 Tomorrow, NHL turns ten.  I can’t believe that my little guy is actually leaving single-digit years.  He’s getting so big so fast.  Over the past year, NHL has grown so much and this year has been filled with many highs and lows.

At school, he began the year incredibly smoothly.  Since we had a diagnosis, we no longer needed to make wild stabs at ways of helping NHL reach his potential.  We now knew what would work and what wouldn’t.  In addition, he had a substitute who knew just how to work with a child with Asperger’s Syndrome.  This helped cut NHL’s outbursts from half hour long affairs to a mere three minutes – most of which was spent with NHL moved to an area for him to decompress and calm down.

The diagnosis also helped NHL learn how to become an advocate for himself.  Over the past year, he has made huge strides in making sure that people know just WHAT he is taking issue with an WHY.  He has a long way to go still, of course, but his progress has been amazing.  He even joined us at a recent rally to show his opposition to the ridiculous regimen of testing that he and his peers were being subjected to.

NHL also continued playing for band last year.  He has demonstrated an amazing proficiency for music.  Not only can he memorize songs, but he has shown the ability to play songs that he learned for one instrument on another one.

On the geeky side, NHL has grown by leaps and bounds.  While we made little progress with Harry Potter, I’ve introduced NHL to both Back to the Future, Rocky and Bullwinkle, and Teenage Mutant Ninja Turtles.  More recently, I showed him Doctor Who and he quickly became a Whovian.  He can now be heard saying “Exterminate!” or “Are you my mummy?”  We’ve also gone to quite a few museums to see the exhibits and have fun while learning about science.

I introduced NHL to the world of card-based gaming with Nuclear War, but NHL’s real love is computer/tablet gaming.  His recent favorites include Wonder Zoo, Turbo Racing League, and My Muppets Show.

Recently, NHL got braces on his top teeth.  We were wary about how he’d handle them, but he’s been great about it.  He immediately learned what foods he could eat and what foods he couldn’t.  He is very strict about this.  (Though it can get annoying when he tries to ask every waiter/waitress at every restaurant we go to whether the chicken is too crispy for him, at least it means that he’s trying to be a self-advocate.)

He’s come so far and I’m so proud of him every day.  Happy birthday, NHL, I can’t wait to see how you grow in the next year.  (Just don’t grow too quickly, please!)