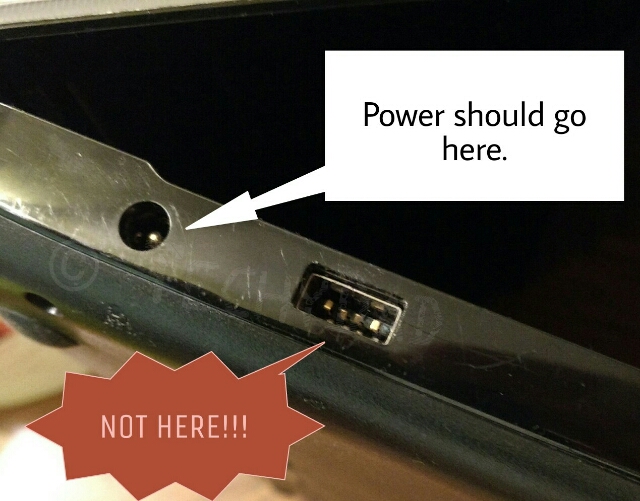 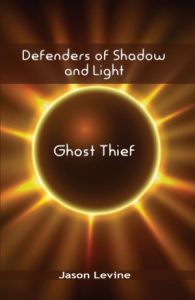 A year ago on Friday, I decided to get back into writing. I was trying to decide between writing a long tale or just a short story.

Trying to get back into writing science fiction stories. Haven’t written 1 in years. Do I dive into a long story or write a shorter one 1st?

The next day (a year ago Saturday), I began writing a short story.

3 pages into the “short” story I’m writing to get back into a writing groove. The story still hasn’t hit its 1st major turning point though.

Of course, even from the outset I could tell that this wasn’t going to be a very short tale. I only intended for the story to be a few pages long, but it quickly took on a life of its own. Every time I wanted it to zig so I could close it out, it zagged instead. New characters that I didn’t intend to introduce waltzed onto the page. It was almost as though the characters were acting of their own volition. I was a mere scribe, recording what they were doing without having any influence over the events themselves. Eventually, my story became long enough that a novel was a serious possibility. Now, it’s looking like a trilogy is in the cards. (I’ve already written almost 28,000 words for the second book.)

Happy Novel-aversary to Murray, Ruth, and all of my characters from Ghost Thief. I can’t wait to show off their future adventures as well as the other friends and enemies that they meet along the way!

Marching For What We Believe In

On Saturday, we met up with a friend and headed down to downtown Albany. We were going there to join up with our local Woman’s March. I’m not entirely sure what I was expecting. Albany isn’t the biggest city around so I knew we wouldn’t come close to Washington D.C. or New York City’s numbers.  I guess I figured a few hundred people would show up, we’d march down the sidewalk for a bit, and that would be it. What actually happened both surprised and inspired me.

First, we arrived. We got off our bus (we weren’t going to try to park downtown) and followed a light crowd to where the meeting place was. We were about 45 minutes early, but there was already a pretty large crowd gathering. They weren’t done arriving, though. More and more people came up behind us. Eventually, I couldn’t see the start or end of the crowd. We were in a sea of people waiting to start our march.

At around 4pm, the street was closed off so we could march down it. Thank goodness, because there was no way we’d all be able to march on the sidewalk with traffic going by. You know how I said I thought there would be a few hundred people? The organizers actually thought there would be about 2,000 people. There were easily over 7,000 people and possibly close to 10,000! We marched slowly down the street to the Capital building. There, we all gathered and listened to a few speakers. Though, I’ll admit I couldn’t hear much. My one criticism was that the sound system wasn’t up to par. Then again, they had planned for about a quarter of the attendance so I guess that was the one downside to the very good upside of great attendance.

Now, you might wonder how a man feels marching in a Women’s March. First of all, I wasn’t the only man there. There were plenty of men just like there were people of all races, religions, ages, sexual orientations, etc. I realize that women’s issues don’t just affect women. If women get access to better health care, better protections over their own bodies, and more freedom from sexual aggression or discrimination, it actually helps men also. If something happened to my wife, it wouldn’t just impact her and leave my sons and I unaffected. We’d be hurt as well. If my niece or my sister had something happen, we’d be affected.

Though NHL declined to go (combination teenager and Asperger’s/not doing well with crowds), JSL came with us. I want my boys growing up knowing that women aren’t objects to be used, but human beings who deserve to be treated just as well as any other human. I’m doing my part to forever shatter the old “a woman’s place is in the home” saying. Let that be something that our kids and grandkids study in history books in disbelief that this was ever the case. I’m teaching my boys that a woman’s place is where ever she wants to be. That might be the home or a boardroom. It might be as a doctor, a scientist, in the army, or any political office.

Oh, and JSL and I proudly wore our pussy hats. 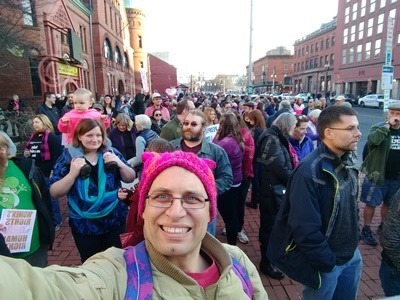 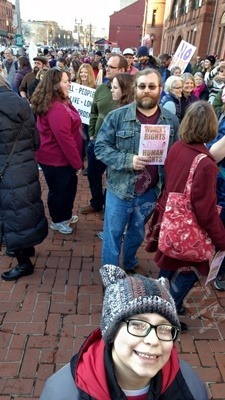 My one regret with the march was that we didn’t make signs beforehand. Some of the signs that people had were incredibly creative. I’ll end with some photos of the rally and the signs we saw. 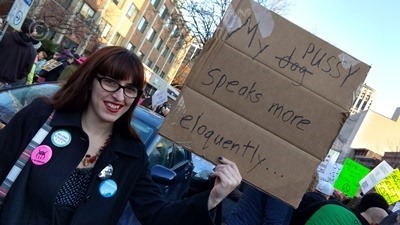 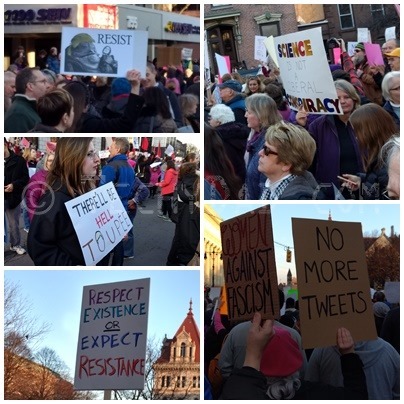 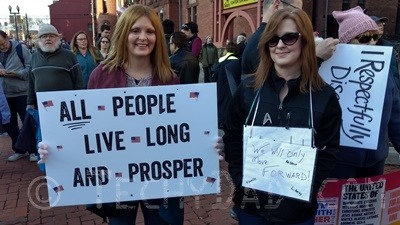 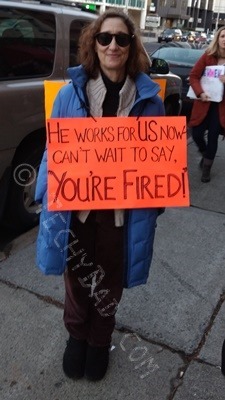 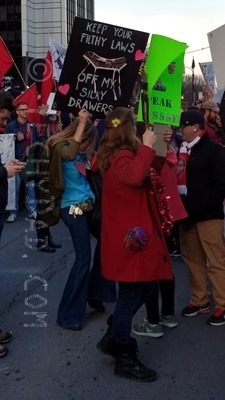 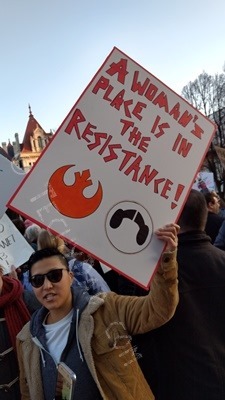 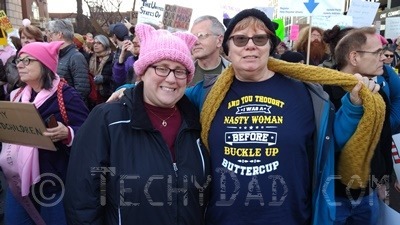 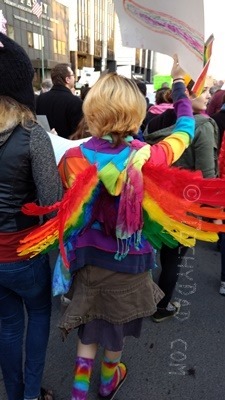 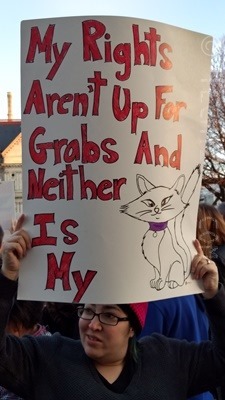 The year 2016 has not been a good one for celebrities. We started the year off with David Bowie passing away. Soon after, Alan Rickman joined him. Later that year, Prince died. Singers and actors weren’t the only ones to go, though. Supreme Court justice Anton Scalia passed away as did Morley Safer, Muhammad Ali, and Elie Wiesel. Most recently (as of this writing), George Michael died. At every turn, it seemed like 2016 was robbing the world of another celebrity. I began to wonder if this was true. Is 2016 a celebrity killer? Or were we so acutely tuned to celebrity deaths that it seemed like a lot when it was really a normal amount?

To answer this question, I did some searching. At first, I tried Wikipedia, but they listed many people that seemed to be unknown outside of a small area. I was more concerned with names that most people would recognize – not ones that would require a repeat visit to Wikipedia to explain who they were. After some more searching, I found the website FiftiesWeb.com. They had a handy listing of deaths by year starting in 2000. The result was quite intriguing.

Someone please keep an eye on our remaining celebrities. Although this year is days away from finishing, I have a feeling that we’re in for a rough 2017 as well.

EDIT: Unfortunately, after this post went live, it was announced that Carrie Fisher passed away. This brings the number of celebrity deaths in 2016 to 140 – or 46% more than the second place year (96 in 2005). If no more celebrities die this year, there will have been an average of one death every 2.6 days. No wonder it seems like the death notices have been coming so fast.

Here’s a Google Docs Spreadsheet with all of the data. I’ve also updated the graph above. The 2016 spike is now more prominent than ever.

Happy 40th Birthday To My Angel! 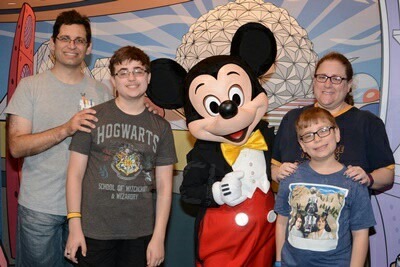 Today is a very special occasion: My wonderful wife’s birthday. It’s not just any birthday, though. Today, she turns the big 4-0.

Though she might not be in her thirties anymore, she’s just as beautiful as the day I met her. I’m so lucky to have her in my life. She’s a fantastic wife to me and mother to NHL and JSL. Whenever we need her, she’s there for us. If our kids need anything taken care of at school, she’s ready to fight for them. She ensures that everyone takes their medicine, takes care of us when we are sick, and puts up with the boys and me geeking out.

Happy Birthday, B. I love you with all of my heart!