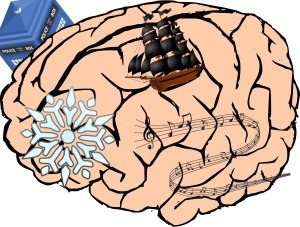 I sat down to write my next blog post and there were a couple of topics swirling about my brain.  None of them seemed enough to constitute an entire blog post, so I thought I’d just mash them all together into one post comprised of four mini-posts.

Actress and neuroscientist Mayim Bialik recently posted about why she and her sons hate Frozen.  I recognize that tastes vary from person to person and what one lauds as a great movie, another will view as a piece of trash.  I’m sure Mayim could name a movie that she loves that I’d hate to have to sit through.  That being said, the reasons she gave for hating it seemed misguided to me.  (Note:  If you haven’t seen Frozen – WHY HAVEN’T YOU?!!! Also, spoilers are ahead.)

First off, she cited the movie’s "reigning plot line" of Anna trying to find a man to marry.  What I think she missed is that this plot line was there for the sole purpose of subverting it.  Anna thinks she needs "true love" in the form of marrying the first guy who acts nice towards her.  She doesn’t bother to get to know him beyond one night of talking.  Later, when he turns out to be the villain, she makes the same mistake a second time and thinks she needs Kristoff.  Granted, she *is* being turned to ice and sees Kristoff racing back towards her.  Once she sees her sister is in danger, though, she drops the "gotta find a man" quest in favor of "must save my sister."  THIS turns out to be what, in turn, saves Anna, not some guy’s kiss.  Trope subverted.

Mayim’s third gripe was the "doll-like" figures and faces of Anna and Elsa.  I’ll admit that, on looking at it again, they do have a certain doll-like quality about them.  Then again, so does Prince Hans.  Kristoff, being a mountain man and not someone who lives in a castle, seems built more ruggedly.  I write this off as animator’s license.  There are many different styles of animation.  Not all look 100% realistic.  That being said, I can understand being pulled out of a movie or show because of the animation.  I’m generally not a fan of shows that flip between "normal" and "anime" modes.  (Such as the old Teen Titans show.)

Do You Like Pina Coladas?  And Getting Caught Cheating On Your Spouse?

I’ve been listening to the Guardians of the Galaxy soundtrack a lot recently.  Perhaps a bit too much.  I’ve started pondering meanings in the Pina Colada song.  In case you’ve forgotten it, the song tells the tale of a guy and his "lovely lady" who fell into a boring routine.  He was reading the personal ads in the newspaper (to the youngins out there, this was the old-style Match.com) when he came upon a listing that intrigued him.  Ignoring the fact that he’s was planning on cheating on his lady, he answers the ad and arranges to meet this woman.  He waits for his mystery woman in a bar and then sees his lady walk in.  It turns out she was the one who placed the personal ad.  They share a laugh at having tried to cheat on one another and everyone is happy.  The End.

Wait, what?!!!  Is the Pina Colada song seriously suggesting that cheating on your significant other will relieve relationship doldrums?  Granted it might, but only to replace them with a relationship tornado that rips everything (i.e. your relationship) to shreds.  Pretty much any other action other than cheating (or attempted cheating) will be better that this.

Bored By The Doctor

I feel traitorous saying this, but I’m not liking the new episodes of Doctor Who.  The first one seemed confused, but I chalked that up to the Doctor having just regenerated and not quite being all there mentally.  However, the following episodes didn’t seem up to par either.  I’m not sure if this is all part of Steven Moffat’s Season 8 Grand Plan, but he’d better kick it up a notch soon.  Take, for example, Listen.  (Spoilers ahead.)  The episode seemed promising.  It started getting interesting.  And then it seemed to go nowhere.  The Great Villain evaporated into nothingness and was never there at all.  It was a big letdown.  It doesn’t even seem to be Peter Capaldi’s fault.  I actually like his Doctor.  I’m not sure I like him more than Matt Smith’s and definitely not more than David Tennant’s, but he’s good.  However, he doesn’t seem to be getting good episodes.  Capaldi can only do so much.  Here’s hoping these Doctor Doldrums let up soon.  (Meanwhile, I’ll be "cheating" on the Doctor with Sherlock.  Amazing show!)

Arrrr… Today be International Talk Like A Pirate Day, ye swabs.  So hoist the colors and grab ye treasure maps or ye shall be keel hauled!

There you have it.  Four completely different topics mashed together into one nice post!  Hope your weekend is great, and slightly random in only the best of ways.

NOTE: The image above is comprised of "Brain" by trubinial guru, "Pirate’s Boat – Navire Pirate" by cyberscooty, "Tardis" by tatica, "Single Snowflake" by erik_, and "Music Note" by cyberscooty.  All of these images are available via OpenClipArt.org. 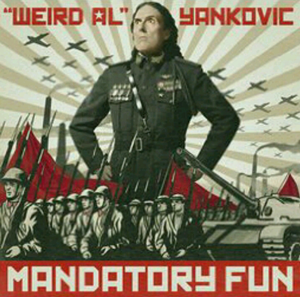 I’ve been a fan of Weird Al Yankovic for years.  From Eat It, to Amish Paradise, to White & Nerdy, I love all of his songs and always eagerly await his next works.  This week, Al has released a new album: Mandatory Fun.  In addition, he’s releasing eight videos

The day before the album’s release, Al released Tacky, a parody of Pharrell’s "Happy."  Instead of singing about how happy he was, Al sang about rude behavior ("are you pregnant girl, or just really fat?") and extremely questionable fashion choices (the image of Jack Black twerking while wearing a sequined fanny pack has been burned in my brain).  It’s a hilarious look at the behavior that some people think is completely appropriate.

The next day, Word Crimes came out.  If Tacky addressed violations of good taste, Word Crimes (which parodies "Blurred Lines" by Robin Thicke) tackled those to whom proper grammar is a foreign language.  Not only does the song complain about the use of numb3rs in words, but it also warns against u using single letters to represent words.  Its also quite insistent on the use of it’s versus its.  (For the record, I made those "grammar mistakes" on purpose.  It was hard for me to do that even for the sake of a pun.)  Anyone who has ever edited someone’s writing or who has had the misfortune to read something from this kind of writer will find Word Crimes cathartic.  Plus, you’ve just got to love a song that works the word "nomenclature" in.

Yesterday, the third video, Foil was released.  This song (a parody of "Royals" by Lorde) proclaims the uses of aluminum foil to preserve food.  However, it quickly descends into paranoid ravings about the Illuminati and the uses of tin foil to construct mind reading blocking helmets.

Though I don’t (as of this writing) know what other videos will be released, I’ve already purchased and listened to the album in full.  Here are some quick impressions of the rest of the songs:

The entire album is packed with wonderful songs.  I can’t wait to see which of them are featured in the next five music videos.

You can see all of the music videos (even the ones uploaded after I posted this) and get links to purchase the album on WeirdAl.com.

NOTE: The album image above comes from a screen capture I took of my phone as it played the album on Amazon Music.

Do You Wanna Play Some Munchkin? (A Tabletop Parody of Disney’s Frozen) 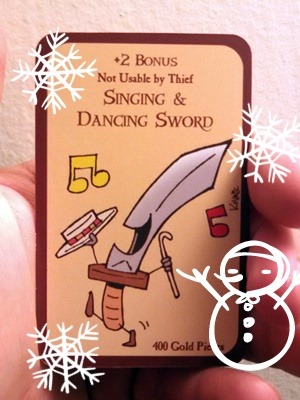 A couple of weeks ago, inspiration hit.  I had been playing Munchkin with NHL quite a bit and heard yet another Frozen parody song.  Suddenly, words were flowing into my brain.  I quickly jotted them down knowing that, if I didn’t, they would disappear forever.  Those words were followed by more and more until an entire song was formed.  I had turned "Do You Wanna Build A Snowman" into "Do You Wanna Play Some Munchkin".

I wasn’t finished, though.  As I read through the lyrics with NHL and JSL, I could tell they loved the song.  However, there were a few weak points where I just didn’t like the flow.  NHL helped me tweak parts of it to make it even better.  I fully credit the "Snails on Speed" section to NHL.

Eventually, we were happy with the song.  I found a karaoke version of Do You Wanna Build A Snowman and let it play as I sung the words.  The boys were hooked.  Even now, NHL will break into song at random points and has memorized most of the lyrics.

I had planned on revealing this with a video showcasing NHL and I singing this, but we haven’t made it yet and I just can’t hold this back any longer.  I still plan on making a video, but for now, you can just sing along at home.

Enough introductions, though.  Let’s kick down this door and play… I mean sing some Munchkin!

Do You Wanna Play Some Munchkin?
(Sung to the tune of Do You Wanna Build A Snowman from Disney’s Frozen)

[Knocks]
Do you wanna play some Munchkin?
I’ve got the cards. Let’s play!
Snails on Speed are behind the door
They’re a level four
Minus two to run away!

I’ve got the Slimy Armor
Wishing Ring too
And Cloak Of Obscurity!

Do you wanna play some Munchkin?
You can be the biggest Munchkin…

[Knocks]
Do you wanna boil an anthill?
Or maybe bribe GM with food?
We could fight against a Pukachu
Or beat some Harpies too
That Net Troll’s pretty rude!

Please, I need your help now.
It’s a Plutonium Dragon
My Singing and Dancing Sword won’t do
Sleep Potion’s just plus two
Won’t you jump in?

Please use your Staff of Napalm
And then you can pick
Of treasures, the first two!

Do you wanna play some Munchkin?

NOTE: The "Singing Dancing Sword" card is a photo I took (and then enhanced) of a Munchkin card.  Thanks go to Steve Jackson Games and John Kovalic for such a wonderful game.  Also to Disney for the amazing movie that is Frozen.  Finally, to Wil Wheaton for his Tabletop program which helped me hook NHL on Munchkin in the first place!

What Happens When Frozen And Exhaustion Meet On Twitter

Take one couple who are active on social media.  Mix in a generous helping of exhaustion.  Stir in a love for Disney in general, and for the songs from the movie Frozen in particular.  Blend and bake in Twitter.  What do you get?  A hilarious exchange that B & I had a few nights back.  At least it seemed hilarious at the time.  A well-rested mind might not find it funny which only goes to prove that well rested minds know less about humor than Olaf knows about summer! 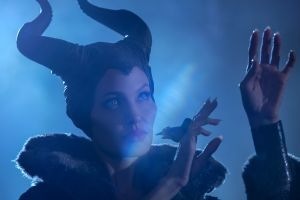 Some of the most iconic movie music comes from Disney films.  From "When You Wish Upon A Star", to "Beauty and the Beast", to "Friend Like Me", to… well pretty much all of the songs from the recent Disney move Frozen.  An upcoming movie of Disney’s looks to continue the tradition.  Maleficent explores the story behind the famous Disney villain.  The glimpses I’ve seen of the movie from trailers makes it  Of course, it looks like the music is going to be incredible too.

Lana Del Rey has recorded a wonderfully haunting version of "Once Upon A Dream." Even better, until Monday, February 3rd, you can get this song for free from Google Play.  This song is definitely going into my Disney playlist ahead of Maleficent’s May 30th release.