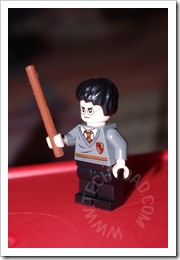 Yesterday, I went over the boys’ addiction with Legos.  Today, I need to confess my own addiction.  It began awhile back when I needed something to do while sitting with the boys as they went to bed on Friday nights.  I stay off the computer these nights, so that option was out.  Reading wouldn’t work after the lights were turned out.  Then, I saw the DS.

I had previously played Lego Harry Potter: Years 1-4 and Lego Star Wars: The Complete Saga on the DS and was a big fan of the series.  They take everything that is great about the fictional world and place their own fun spin on it.

I was interested to see how they would handle Years 5 – 7.  Anyone who has read the books or watched the movies knows that this is when things turn really, really dark.  Harry can’t just be a kid anymore.  Voldemort is back and will go to any lengths to kill all who oppose him.  People die.  People Harry cares about. 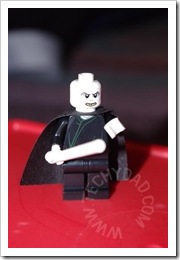 The previous DS game took an easy route out of the main non-villain death.  When Cedric Diggory dies in the game, he breaks into pieces.  His grieving dad weeps over his boy’s pile of parts until is handed a blueprint for a Lego minifig.  The implication is that all Amos Diggory needs to do is plus Cedric pieces back into place and he’ll be ok.

This DS game picks up with Year 5, aka The Order of the Phoenix.  The Ministry of Magic, not believing that Voldemort is back and suspicious of Dumbledore, installs Delores Umbridge into Hogwarts.  While the movie focused on Umbridge’s efforts to instill her brand of order, the game uses Order of the Phoenix as an introduction to the various spells and concepts that you will be employing in later games.

As you progress, you’ll use Reducto, Expecto Patronum, Aguamenti, Wingardium Leviosa, Lumos, and more to battle bad guys, avoid obstacles, and collect studs.  For those who are not familiar, those little bumps on Legos that allow them to interlock are called studs.  Studs are used like money to buy new characters and abilities.

Of course, given that nearly everything in the world is made from Legos, you can destroy many of the items that constitute the scenery.  Flowers, rocks, tables, and chairs can all be destroyed for studs.  Sometimes, in fact, destroying these unlocks something special.

All in all, this is a fantastic game.  The humor and gameplay are perfect for kids and adults.

Disclaimer: We purchased this game with our own money and the opinions expressed above are my own.