It’s been way too long since I’ve done a Cooking With TechyDad segment.  It’s not that I haven’t been cooking.  I’ve just been sticking to tried and true (and somewhat boring) recipes.  Picking 39 pounds of apples gives me the perfect excuse to try something new.  We had some frozen pie crust in our freezer so I figured this would be the perfect time to try making an apple pie. 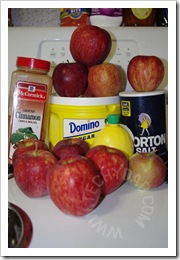 Next, I peeled and sliced the apples. 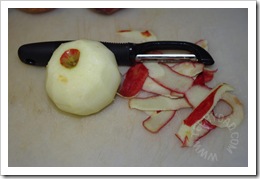 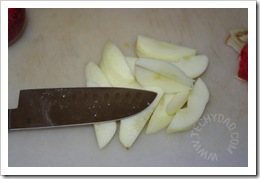 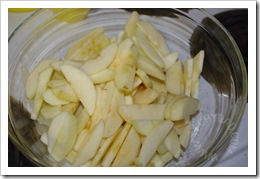 After this, I added the sugar, salt, cinnamon, and lemon juice. 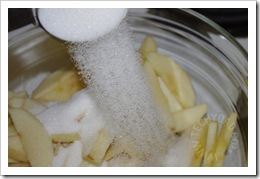 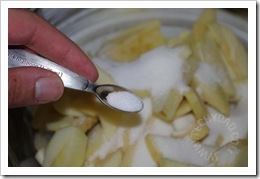 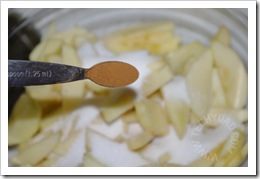 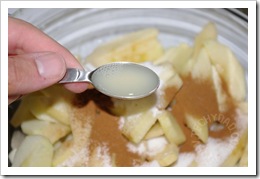 After mixing, I had my pie filling. 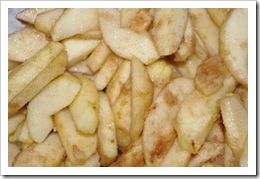 My pie crust had been defrosting during this, so I put the apples into the shell and topped it with another defrosted crust. 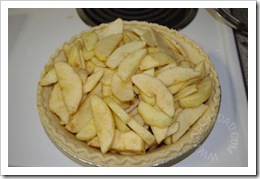 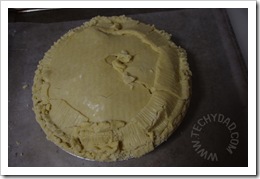 It didn’t look the best, but I knew that looks only matter so much.  I made a few slits on the top and into the oven it went.  Before long, the pie was done.  I was actually surprised at how good it looked. 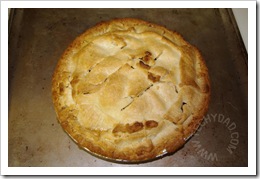 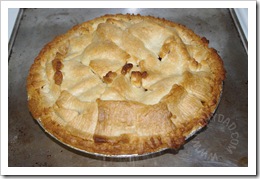 Our mouths were watering.  Just look at that delicious crust. 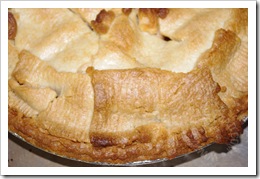 After the pie cooled, I sliced into it and… disaster!  The apples had released their juices, flooded the pie, and soaked the bottom crust. 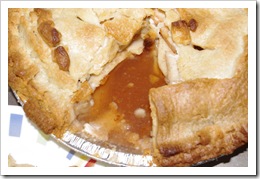 Taking the first slice out, the slice fell apart. 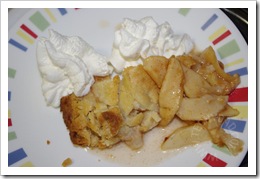 Obviously, I needed some kind of thickening agent in the filling.  Something to bind or thicken the juices so they didn’t just flood the pie.  The pie tasted terrific, don’t get me wrong, but next time I try this, I’ll tweak the recipe a bit to improve the results.  And, with over 15 pounds of apples left, I will definitely have the chance to try this again.

Have you ever made an apple pie?  How did you avoid a pie flood?