20 Pounds In 20 Weeks: Week 17: Of Birthday Parties, Willpower, and Stress

This weekend, JSL turned four.  This meant a birthday party which, of course, meant a trial of my willpower.  Now, my willpower can sometimes stay strong, but not during an event like this.  I’ll admit that I didn’t track my points over this past weekend.  And when I don’t track my points, I slip and eat more than I should.  Of course, this leads to weight gain.  I take a step back to 189.5 but I’m not giving up.  I’m still a stone’s throw from my goal weight and only three weeks to go.

There might not be any celebrations coming up to sabotage my weight loss, but something else is lurking: stress.  I’m not good about handling stress (as I’ve mentioned in the past).  I don’t have a big circle of offline friends to talk things over with and online friends can only help so much.  Talking with B helps, but if the topic is something we both are stressing over then the stress tends to fester.

When the stress festers, I think less of the pounds on the scale.  It’s not so much that I turn to food for comfort as I cease to care.  I’m worried about more important things so what does it matter if I stuff a handful of peanuts down my throat?  I’m fretting about big items so why should I care about how many points this snack has?

Right now, the stress is festering.  I want to scream about everything that’s going on, but the circumstances surrounding the stress don’t make that a possibility.  I can say that it involves NHL’s education, though.  Right now, the best I can do is try to keep the stress from overwhelming me.  Deep calming breaths and distracting work seem like the best prescription to avoid a binge.

Aloha Friday: How do you handle stress?

As B has mentioned in a couple of posts, the past week has been a stressful one.  We have some big decisions to make and they aren’t easy ones.  There is no perfect choice ahead of us.  (Life rarely offers such choices up.)  Instead, we’re presented with a short list of options, none of which feel like the right one (each for different reasons).  So you can understand why stress levels have been rising.

Now, different people react to stress in different ways.  Some people drink, some eat, some yell and scream.  I don’t do any of that.  (Ok, sometimes I eat.)  I’ve written before about how I handle stress.  Lately, my stress reaction has been two-fold.  Step one is avoidance.  I think about television, blog posts, music, anything that isn’t the subject that is causing me stress.  To some degree this is healthy: After all, it isn’t good to dwell on your stress subjects too much.  However, there is a temptation to avoid the stress subject entirely and that isn’t healthy.  Without addressing it in some manner, the situation will grow worse and the stress will increase.

When I can’t ignore the stress, I internalize it.  I might be fuming on the outside and wanting to scream so loud that people a mile away could hear me, but I actually get very quiet.  I try to conduct my life as normally as possible without showing my stress.  In some respects, this is a tactic I learned from my history of being bullied.  Back then, showing any reaction to the bullies (anger, sadness, stress, etc) just led to additional bullying because of my reactions.  So I learned to hide all of my emotions.  To the world at large, I was calm and serene while inside I was crumbling.  I know this isn’t the most healthy response and I’ve since learned to open up more.  Still, it is how I instinctively react.

My Aloha Friday question for today is: What do you do when you are stressed?  How do you handle it?

Wordless Wednesday: Ever Have One of Those Days Where You Try Lighting a Candle But Light Dynamite Instead? 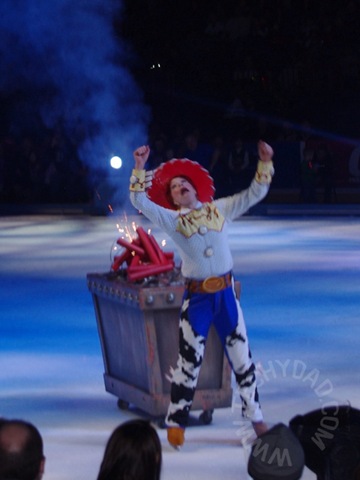 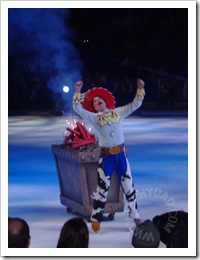 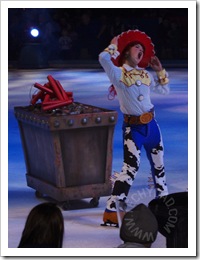 Disney on Ice Disasters of the Photographic Kind

It was supposed to be a wonderful night.  We were going to see Disney on Ice’s Toy Story 3.  I had packed my new DSLR and made sure I had a bunch of extra memory cards.  The kids were psyched as were we.  We got there early, wandered around and finally took our seats.  As the show began, we were dazzled by the toys dancing on the ice.  The kids were mesmerized.  What could ruin such a fantastic experience?

During the intermission, I noticed that my batteries were running low.  No problem.  I had packed 2 sets of spares.  Be prepared, right?  Except my first backup set reported that it was low on charge.  Now I began to get nervous and popped in the second set.  Also low.  Suddenly, I remembered that these were rechargeable batteries fresh from the package and I should have maybe charged them before tossing them in my bag.  The good news was that I had non-rechargeable batteries ready to go… The bad news was that they were back at home.  (As B is fond of reminding me, she told me over and over to pack them and I kept putting it off thinking I had 2 perfectly good pairs in there.)

If the story ended here, I would be bemoaning not being able to take photos for the rest of the show, but I’d be showing you some of the wonderful shots I got.  So why are there no shots?  Easy.  My batteries were low but Lots-O’-Huggin’ Bear had just taken the stage.  I *had* to have a shot of the strawberry scented stuffed bear so I set my camera, took a photo, and… my camera shut off.  Oh well.  I started my camera back up to see if I got the photo and my camera reported “CARD NOT FORMATTED.”

Wait, WHAT?!!  What about the other hundred or so photos I just took?  Were they gone for good?

I sat during the next half of the show trying to enjoy it as much as possible, but looming over the whole rest of the production was the dark cloud of data loss.  When I got home, and got the kids into bed, I confirmed that the card reported as not formatted in Windows as well.

I went to some forums I know of (and Twitter) and posted a desperate cry for help.  Responses came in, but program after program failed to find my photos.  Finally, I found one that did, except for two things.  First of all, it required me to pay $40 to extract the found photos (no problem here).  Secondly, it reported that the photos were between 25KB and 160KB.  DSLR’s take much larger photos.  My other shots from the camera were easily 2MB or more.

I’m not giving up yet, but I’m really frightened that I may have lost all of my photos.  I guess I should look on the bright side.  At least this happened at Disney on Ice and not Disney SM Moms this March!

Nervous Habits and Overcoming Them

Lately, NHL has developed an annoying habit.  He’ll pull the shirt or coat around his neck upwards and stick it in his mouth.  Once there, he will suck away at it until the front of his shirt is soaked.  We’ve had to change his shirts and he has even ruined a few outfits.  The sucking is new, but prior to this, we would catch him chewing on objects like the Nintendo DS stylus.  We tell him to stop but he’ll almost immediately begin again.

What gets me nervous is that he might be picking up a nervous habit like mine.  Confession time: I pick my cuticles.  I’ve done this for as long as I can remember.  My father used to yell at me to stop and slap my hands, but it wouldn’t help.  Almost involuntarily, my fingers would reach out to my hand to feel along the edge of my nails.  If any skin was found to be out of order, it would be pulled at until it came off.  Yes, this caused me to bleed many a time.  The bleeding was not the intended effect, of course.  My “intentions”, such as they were, were to tidy up my fingernails.

I could go for long stretches of time without picking so long as I was occupied.  If my hands were idle, though, the picking would quickly begin.  Even once I became aware of this, I couldn’t stop.  I’d hold off the urge for awhile but it would build and build until I gave in.

I didn’t even grow out of it.  Although I do this less nowadays than I did when I was a teenager, I still find myself picking from time to time.  I even carry cuticle tweezers with me to work every day.  If the urge strikes, I’d rather use the sharp metal tweezers to make clean, precise cuts rather than haphazard rips and tears which often cause bleeding.

Going back to NHL, part of me is afraid that his shirt-sucking habit will turn out to be like my cuticle-picking one.  I’m supposed to give him the tools to overcome things like this, but how can I do so when I’ve never overcome my own nervous habit?

Do you have a nervous habit?  Have you ever overcome one?  What about your children?