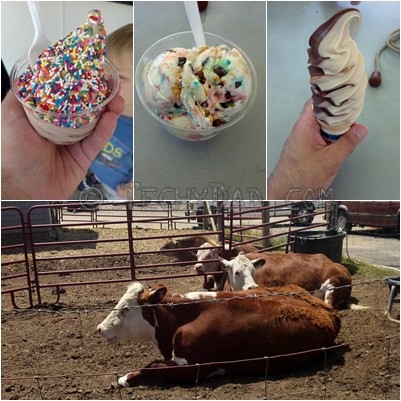 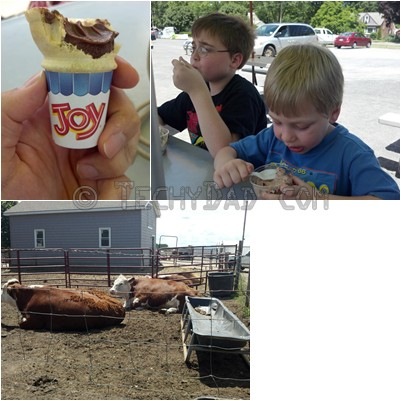 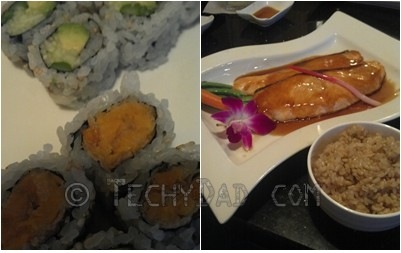 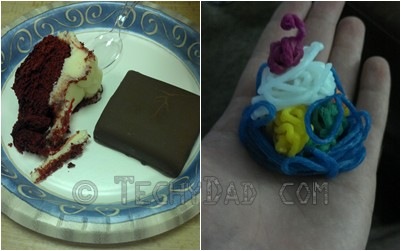 Happy Anniversary to my Beautiful Wife

Today is B’s and my anniversary.  Eleven years ago today, I saw the most beautiful woman in the world walk down the aisle towards me.  I felt like the luckiest guy in the world knowing that she was there so say "I do" to me and I was more than ready to say "I do" to her.

Sometimes, in the years that follow a wedding, people might find themselves less attracted to their spouse.  That hasn’t happened to me.  If anything, I’m more attracted to her than on the day we got married.  Eleven years ago today, I would have sworn that that would be impossible, but it isn’t.

She is my best friend, my lover, the mother of my children, and I can’t imagine my life without her.

Happy anniversary to my wonderful Angel. 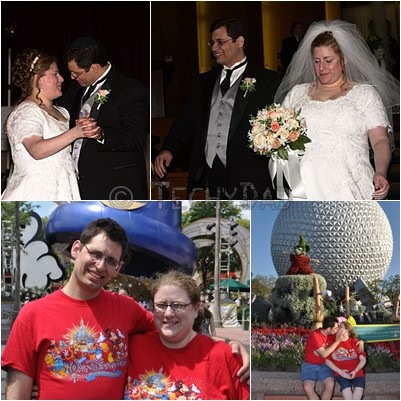 Happy Anniversary-Of-When-We-Met To My Angel

Today marks a very special occasion.  (Well, by the time most people read this, it’ll be yesterday, but I’m going to publish this just before midnight so it’ll technically be correct on the day.)  Twelve years ago, on September 12th, I had just come home from Rosh Hashana services.  After being offline for two days, I was ready to spend some time on the computer.  I signed on, figuring I’d waste a couple of hours and then go to sleep.

Little did I realize that, at the same time, B was on her computer.  She had forgotten that she even had a chat window open.  When she noticed it, she glanced at the people in the chat room.  My name must have caught her eye as did the “Nice Jewish guy looking for a nice Jewish girl” tagline that I had added a couple of weeks prior.  She sent me a message.

As we conversed, I knew right away that there was something different about her.  I couldn’t put my finger on it, but I knew that something special that made her stand out from other ladies I had met.  Not only did we like many of the same things, but I didn’t feel nervous around her at all.  That was very odd.  I usually would get so nervous that I’d say or do something wrong that I’d freeze up and do nothing.  With B, however, I didn’t worry or freeze up.  Talking to her (and later being around her) just felt natural and right.

Long, late night chats became long, late night phone calls.  This turned into a face-to-face meeting that we couldn’t bear to end.  (We drove my parents, who had accompanied me to the outlet mall but then made themselves scarce, crazy by continuously delaying leaving by “just 5 more minutes.”)  Those all-too-infrequent meetings turned into a marriage proposal (aka squashing bugs) which B accepted.

All because of a forgotten open chat window and an entry into a chat room “just to kill some time.”  Happy Day-We-Met-Online Anniversary, B!

I didn’t really want to write about this.  I guess mainly because I like to avoid bad subjects and focus on good ones.  After seeing all of the 9-11 coverage and thinking about it, though, an idea popped in my head.  No matter how much I wanted to write about other things, I kept thinking back to 9-11.

When I first heard about the planes hitting, I was in my office.  It was like a bad movie come to life.  I kept feeling like at any moment, there would be a climatic battle, the good guys would win over impossible odds, the credits would roll, and then we’d see everything go back to normal.  Sadly, that wasn’t the case.

As the planes hit and the towers collapsed, I was worried about my father and my friend, G.  My father worked in New York City at the time and, while he wasn’t near the World Trade Center, we didn’t know if all of New York City was going to be attacked.  G, meanwhile, actually worked in the World Trade Center.  I couldn’t remember if he was in one of the towers or other buildings.  I got on AIM and connected with some ex-co-workers of mine and G’s mom.  She hadn’t heard from him.

Then, I heard that the towers collapsed.  At first, I thought that the person meant that the top few floors collapsed, not the entire building.  As the enormity of what was happening sank in, I began to panic thinking that G had been killed.  Finally, we heard from him that he was ok.  He got out of the subway, saw the two towers smoking and got as far away as possible.  (I found out later that he worked in one of the other WTC buildings.)

Ten years later, I was thinking about the attacks during NHL’s first day of Hebrew school.  I was thinking of how I would describe 9-11 to NHL when, suddenly, it hit me: Terrorists are bullies.  Bullies in a school setting rule by fear.  Whether it is fear of being beaten up, fear of being excluded from social cliques, or fear of being embarrassed in front of your peers, bullies thrive on fear.  They attempt to define the rules to position themselves at the top of the social heap at the expense of others.  Often, bullies don’t even have the muscle to enforce their threats.  However, they rely on fear to magnify their perceived power.

Meanwhile, I thought back to my feelings during the events of September 11th.  I remember feeling so helpless.  There were so many people that needed help and I was powerless to do anything.  I remember thinking that, if only I was a comic book-style superhero, I could help out.  I could activate my power ring or quickly change into my costume and then fly there at supersonic speeds to rescue people when they needed help the most.

Sadly, I don’t have super-powers so I was forced to sit on the sidelines watching it all go down on TV.  There were real superheroes there, though: The first responders.  Think about it.  If Spider-Man, Batman, or any other superhero saw a building on fire, what would they do?  They would hurl themselves into the building without a thought in their head about their own safety.  They would do their best and push themselves beyond all normal (and superhuman) limitations until everyone was safe.

On 9-11, firefighters ran up the stairs of the burning twin towers.  They ran up holding a hundred pounds of gear and without any thought of their own safety.  Yes, many people were killed that sad day, but 20,000 were saved.  This is in no small part thanks to the firefighters and other first responders.  Toss a cape and mask on them and you had a legion of superheroes saving lives.

Over time, I found Zoundry Raven and then Windows Live Writer.  This helped with the composing of posts.  Suddenly, creating blog posts wasn’t a chore.  Recently, I even hooked my blog up to get mobile photos from my phone.  So now, instead of using TwitPic or a similar service, I can post a photo right to my blog while on the go.

As far as readership goes, I reminded myself that I couldn’t expect to open a blog and suddenly get thousands of readers.  I dove into the social media community.  I commented on other blogs.  Of course, I also tried to put only the very best content on my blog.  (It doesn’t matter how much “promoting” you do.  If the content’s not good, people won’t come back.)  Slowly, but surely, the number of readers to my blog increased.

I owe a lot of exposure to my wife also.  She got into blogging before me (well, at least under this pseudonym) so her “social reach” was far greater than mine.  When she promoted a post of mine, it went further than if I promoted it alone.  I believe the gap between us has slimmed a bit, though she still has over a thousand more Twitter followers than I do.

It’s been a wild ride these past 3 years.  I wonder what the next 3 years will bring.

My Aloha Friday question for today is: What do you think the future of blogging/social media will look like?  Where do you think we’ll be in 3 years?