Frozen On The Big Screen And In Real Life 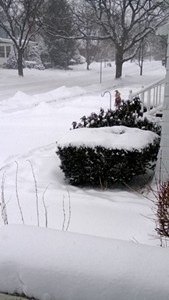 On Thursday, I had taken the day off of work and so the boys and I indulged in some movie watching.  We had watched Star Wars on New Year’s Eve, so we watched The Empire Strikes Back.

As the Hoth scenes showed Luke and Han freezing in the driving snow, NHL, JSL, and I huddled under blankets.  I had gone out earlier to shovel snow and it was cold out.  Extremely cold.  The app on my phone said it was 2 degrees out but that the wind chill made it feel like -14.  Yes, NEGATIVE FOURTEEN DEGREES!

So even though I was under a blanket and should have been warm, seeing all the Hoth snow on TV, the recent memory of the movie starring a character who generated snow and ice, and remembering how cold I was while shoveling made me feel freezing cold.

Until the weather warms up a bit, though, at least I’ll have some good songs to sing from Frozen.  Like "Let It Go" (which I find personally applicable in some ways, but that’s a whole other post).  I’ll leave you with the video so you can sing the song as well.

Mother Nature vs. The Groundhog

NOTE: Groundhog image is by GuilaneNachez and is available via morgueFile.

It’s been very cold here.  How cold?  Well, I thought it was cold on Tuesday when it was 11 degrees outside. 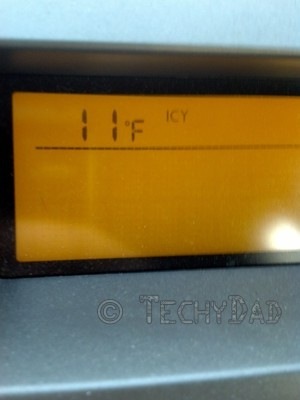 Then, on Wednesday, I was sure it was cold when it was 0 degrees. 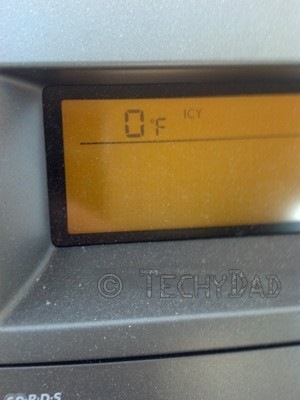 But on Thursday, it definitely was cold.  My car reported that it was -4 degrees.  Yes, that’s four degrees BELOW zero! 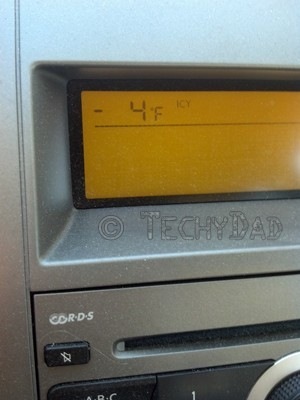 With all this cold weather, a nice hot cup of hot chocolate would be nice.  Especially if it was in a Pickle Weasel mug. 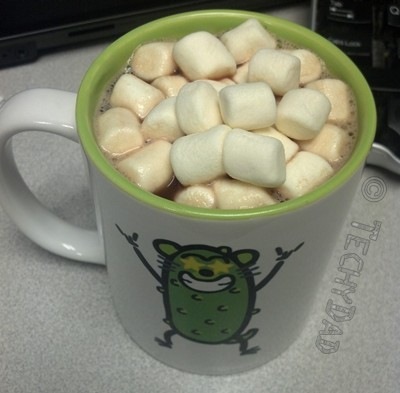 (NOTE: Pickle Weasel is a creation of JC Little from The Animated Woman.  She’s also got a Pickle Weasel app that I can’t wait to try.)

My Aloha Friday question for today is: How cold is it by you?

A Lack of Trick or Treat Enthusiasm

I want to write a long, photo filled blog post about Halloween.  After all, the boys got a big treat yesterday.  Since Sandy didn’t strike us as badly as we thought it would, they were actually able to go out Trick or Treating. 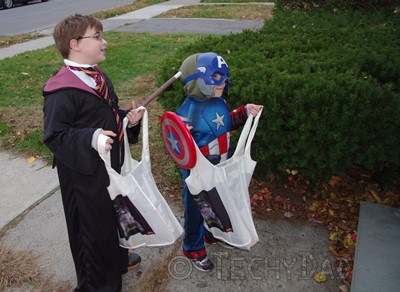 The kids had a great time during trick or treating and so did I.  So why can’t I work up the enthusiasm write about it? 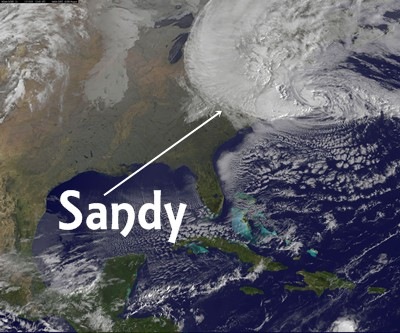 As I said above, Sandy didn’t hit us hard.  It did hit my family and friends, though.  My parents lost power and had trees down all over.  Just to get out of their residential area, three trees had to be moved.  My sister has power back now, but she lost it for over a day.  During her outage, she tried to find a place to buy ice.  While driving, she had to keep turning down different roads to avoid downed trees and power lines.  She made so many twists and turns that she got lost.

During one of my brief conversations with my parents, they asked me to check in with my uncle.  Not only was he in the path of the storm as well, but all of my cousins were including one cousin who lives in New Jersey.  After a full day of calling, I finally reached him.  We spoke briefly, but he confirmed that they were without power as were all of my cousins.  They were all safe (as were my cousins), but they needed to drive under a partially downed tree leaning on a power line to get out of their driveway.

The last person I was trying to contact was a friend of mine.  We’ve been friends since junior high school, he was my best man in my wedding, and I was a groomsman in his wedding.  No matter how often I tried, though, I couldn’t get through to him.  I left voicemail messages and sent e-mails hoping something would reach him.  Finally, yesterday, I heard from him.  He was ok as is his family in New York and New Jersey.  A tree ripped out the power line going to their house and they were looking at at least a week without power.  Unfortunately, I didn’t have a long time to chat with him.  He called with only 2% of his cellphone battery left and the phone cut out.

Even though I know they’re ok, I’m used to the era of instant communication.  I want to talk to my parents so I pick up a phone, dial their home or cell number and reach them.  I’ll admit that, at times, I’m lax in communicating with them because of this freedom.  After all, what’s the rush to call when I can talk to them at any moment?  However, not having that instant communication ability is maddening.  I want to know what’s going on and how they’re doing, but I am only able to speak with them for brief moments every so often.

Here’s hoping that power is restored soon and that the recovery efforts move speedily.

This weekend was all about preparation.  B did some shopping early Saturday morning to beat any panicked crowds.  When she got home, I vacuumed out the gutters (with JSL’s help) and put away anything which could take flight in high winds.

It’s hard to tell whether we’re in the path or not.  We live in Upstate New York and are in the cone of possible paths.  Even if we don’t get hit with a direct strike from Sandy, though, the rain and wind could do a lot of damage.

I’ve been through a few hurricanes in my lifetime and they are not to be taken lightly.  Don’t think "this is just a category 1."  That’s more than enough to destroy your property, injure you or your family, or worse.  For those who are in the path of the storm, please prepare (if you have any more time) and stay safe.

NOTE: The image above comes from the National Hurricane Center’s web site.  It’s a great resource for information on what is happening and what will happen with Hurricane Sandy.