We woke up on Tuesday, February 9th ready to have a magical day. And it was going to be extra magical because we were going to the Magic Kingdom. Unfortunately, we had also been dreading this day. You see, the weather forecasts kept predicting rain. We were lucky with last year’s trip that we only had one day with rain (JSL’s birthday) and even then it was only for a few hours. Still, we forged ahead. We didn’t even eat breakfast because we wanted to be at the Magic Kingdom for the opening show. To be prepared for hungry kids (not to mention grown-ups) we did pack a few snacks, though, and munched on those until we ate a proper meal. END_OF_DOCUMENT_TOKEN_TO_BE_REPLACED

Monday, February 8th was our Hollywood Studios day. On the way to the bus, I quickly took some photos of the Pop Century sights in the daytime. 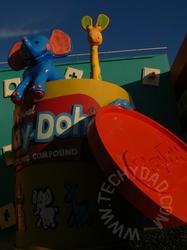 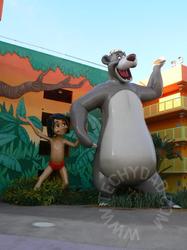 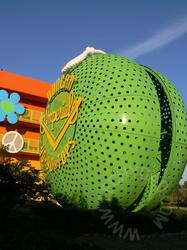 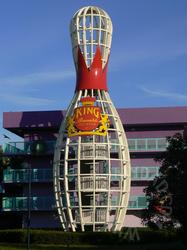 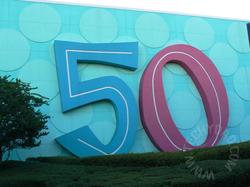 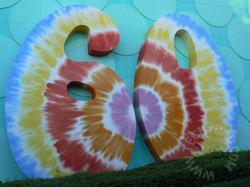 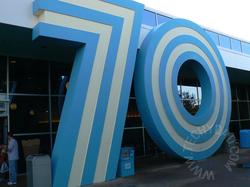 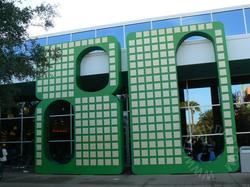 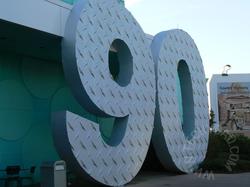 END_OF_DOCUMENT_TOKEN_TO_BE_REPLACED

We woke up on Sunday ready to go to have a "super day." Yes, today was Super Bowl Sunday, but we had other plans. 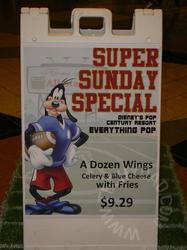 We weren’t going to down wings while watching the big game. Instead, we were going to see some animals and have some fun in Disney’s Animal Kingdom. We hopped on the bus and made our way there, arriving before the park opened. END_OF_DOCUMENT_TOKEN_TO_BE_REPLACED

When we went to Disney World last year, we travelled with B’s parents. This meant we had backup. It was four adults, two children. That’s enough coverage to pull suitcases, wrangle little ones and still have an adult hand or two free. This year, there was no such luxury. It was B and me toting suitcases and two kids.

From the start, it was “fun.” B’d father dropped us off at the airport and we tried to figure out how two adults with four hands total would carry five carry-on bags and four suitcases while looking after two children. We opted for the “crossing the river slowly” approach. That is to say, B stood with the bags while I brought some inside some glass doors. Then I left NHL with the bags, positioned myself so I could see both him and B and signaled B to proceed. She brought more bags to NHL until they were all by him.

END_OF_DOCUMENT_TOKEN_TO_BE_REPLACED

I’m a big believer in giving bad news before good news. Whenever anyone tells me "I’ve got good news and bad news", I always ask to hear the bad news first. My reasoning is that you should get the bad news out of the way so that you can better focus on the good news. With that in mind, I’m going to tell a few "bad news" stories about our Disney World trip. Once these are out of the way, I’ll better be able to focus on all of the fun times we had. Please don’t take the following stories to indicate that our trip was horrible. These are just the four "bad news" stories that I need to get out of the way so I can tell the "good news" stories later on.